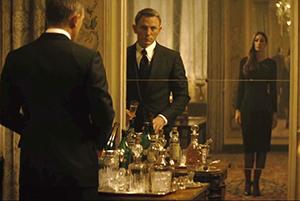 The next installment of the James Bond film franchise now has a release date. The untitled Bond 25 movie has been slotted for November 8, 2019, the producers said today, with a traditional earlier release in the UK and rest of the world.

That takes care of one part of the future of James Bond on the big screen. There was no word in the announcement today from producers Michael G. Wilson and Barbara Broccoli, EON
Productions and MGM’s Gary Barber about a distributor, cast or director, saying those would come at a later date.

Reportedly, longtime home Sony, Warner Bros, Annapurna, Fox and Universal are all pursuing distribution rights to the franchise, which are up for grabs. Daniel Craig, who has one movie left on his deal, is expected to return as 007.

Bond 25 will be written by Neal Purvis and Robert Wade, who penned Casino Royale,
Quantum Of Solace, Skyfall and Spectre.