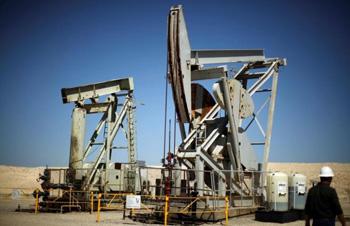 By Cyril Widdershoven
The 4th OPEC- Non-OPEC Ministerial Monitoring Committee meeting in St Petersburg, Russia, has – as expected- been a renewal of commitment by the leading producers Saudi Arabia, Russia and others, to stick to their current production cut agreement.

The market’s reaction at present can at best be seen as lukewarm. Even Saudi minister of energy Khalid Al Falih’s statement about a possible a Saudi export cut to the USA, or OPEC’s secretary general Mohammad Barkindo’s call for higher compliance have not yet changed the still bearish views in the market at all. Current feelings in the market are largely linked to higher production volumes in Libya and Nigeria, combined with the threats by smaller OPEC countries, such as Ecuador, to leave the deal.
When asked by the press, Saudi oil minister, Khalid Al Falih, stated that the overall situation has been improving substantially. Demand for crude oil and products in Asia, especially China and India, has been growing at a healthy rate, which is expected to continue into 2018. Al Falih admitted that there is still a need to balance the market, but he rightly stated that the overall rate of OPEC compliance is almost at 98 percent, which is a level nobody expected. The oil cartel’s historical compliance rate has always been much lower.
Suhail Mohammed Al Mazrouei, UAE’s minister of energy, stated that there are several challenges in the market at present. The main challenge for the current OPEC-Non-OPEC production cut is that several countries need additional revenues to fuel economic recovery/diversification, such as Iraq, Iran or Libya, while at the same time, some production is returning to the market.
The U.S. shale oil sector is still growing, even if production growth is flattening out and production per well has fallen. Additional wells drilled are not completed, but are ready to produce when oil prices rise.

OPEC’s overall strategy and compliance is definitely challenged by two members, Nigeria and Libya. Nigeria’s production has witnessed a comeback during the first months of 2017 as security increased in the main oil producing regions and technical challenges were solved. Libya’s overall production has also been growing, or has come back on stream. These issues have been discussed during the meeting in St Petersburg, and calls are now made by the OPEC leaders on Nigeria and Libya to expect future production cuts too.
For the coming months, no new production cuts are expected. Only a possible unilateral Saudi 1 million bpd production cut, partly caused by technical issues on the Al Manifa field, which has been reported by the media in full. Al Falih and his UAE counterpart admitted that there is still room for improvement but reiterated that storage levels worldwide have shown a drawdown. Saudi Arabia’s move to cut U.S. supplies will have also a price effect. Still, a visible effect of these measures is expected in the market later than originally was expected. Al Mazrouei indicated that a full recovery is to be expected around Q1-2 2018.

The financial markets, however, are looking at it from totally different perspective. The still bearish sentiments in the market still seem to weigh oil prices down faster than any bullish catalyst can make up for.

Figures, such as provided by tanker-tracker PetroLogistics, showing that OPEC’s supply in July will be the highest this year, while compliance has gone down from 110% in May to 92% in June, have a big negative effect. Goldman Sachs’ statement that peak oil demand could be reality in 2024 due to vehicle efficiency measures is another negative development in the market. It seems that the Bears are currently coordinating their efforts with the anti-fossil fuel lobby to bring prices down. Media analysis is in general negative, based on a possible perceived misinterpretation of reality.
When looking at the news, however, and diving deeper in the respective oil producing regions and their potential risks, it almost looks as if the current bearish reporting is based on either wishful thinking or ‘fake news’. The optimism about the production potential of Libya and Nigeria is highly overrated, especially when looking at the potential risks for these two major producers. Analysts seem to ignore news about the growing instability in one of Nigeria’s main producing regions, the Niger Delta. Even that no real insurgency at present is in place, or major attacks have occurred on oil installations, a conflict is brewing between the Nigerian army and the Igbos in the region. Groups have already threatened to attack again oil installations. At the same time, international oil companies have been warned to relocate their Nigerian HQs to the Niger Delta or otherwise face dire consequences. Another major issue not being analyzed is the position of the president, Muhammadu Buhari. His faltering health is a major destabilizing factor in Nigeria. His power is now waning, as other northerners want to preserve Northern (Islamic) rule in Nigeria. The latter could lead to a conflict with the Christian south and the Niger Delta.
Libya’s situation is currently looked upon as another main threat to OPEC’s cut agreement. Statements made by Libya’s NOC, indicating that a production of 1 million bpd will be possible by the end of July have been rattling the oil market. At present, Libya’s production in June has been set at 852,000 bpd, while sources now claim that production in July already has already passed 1.05 million bpd. These figures are considered to be a threat to the agreement between OPEC and Non-OPEC. Production capacity or volumes on a field don’t necessarily mean that this oil is also entering the global market. Instability in the two main oil producing regions of Libya is still very high. Clashes between rivalling groups occur on a daily basis, interfering with production and transportation. Libyan sources are also expecting that a new military operation is in the making by the forces supporting Libyan general Haftar. Main targets will be the western oil fields and the power base of Tripoli. If this week’s meetings between Egypt-UAE-Russia backed Haftar and UN-EU backed Serraj are not successful, a new period of military confrontation is to be expected. The latter will for sure block a large part of Libya’s oil capacity.
Other production constraints are also not assessed or overlooked. The dire situation in Venezuela and the financial strength of U.S. shale oil companies are two of them. Many shale companies still have extraordinary high debt levels, while production has only been partially hedged.
Overall, OPEC’s current strategy is irrelevant as long as all these constraints and threats are not taken onboard by the financial gurus in New York, Chicago, London and Hong Kong. As long as hedge-funds, banks and family offices, are convinced of the so-called oil glut hitting the market, nothing that Saudi Arabia, Russia or Abu Dhabi, decide will have an impact on oil prices. An Egyptian saying however could now be the right approach “Ma’alesh, Inshallah Bukra”. Maybe, if God wants, it will happen tomorrow. And it will, as fundamentals are clearly indicating that production is not going to grow without a multitrillion investment spree in the coming years. Supply will not be able to keep up with the expected demand growth.

And before analysts again look at global oil stocks and their perceived historical levels, it needs to be remembered that if oil companies are not nearly investing enough in new production. Consequences of this underinvestment are increased production decline in older field. Average production decline in oil fields is 6-8 percent per year, but on older this number is between 10-12 percent. This will undoubtedly take more production off the market than OPEC and non-OPEC are able to replace in the short-term. However, let the market play for longer, and set up an OPEC waiting game, and the cartel will remove more oil than is needed. For Saudi Arabia another 5-6 months is nothing looking at the future, the market could be heading to backwardation before the Aramco IPO will take place.
By Cyril Widdershoven for Oilprice.com