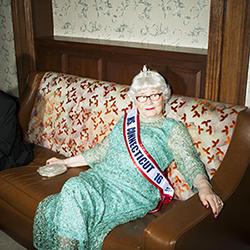 By Sarah McDermott -BBC World Service
Krystyna Farley is a 91-year-old beauty pageant queen in the US state of Connecticut, but her life was not always this glamorous. Although she grew up in a loving home in rural Poland, her childhood was cut short by the outbreak of war. This is her story.