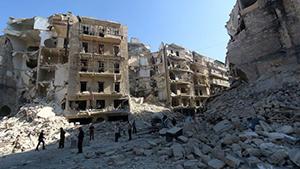 By Imogen Foulkes -BBC News, Geneva
For six years, the United Nations Commission of Inquiry on Syria has been painstakingly gathering information about possible war crimes and crimes against humanity committed during the conflict.