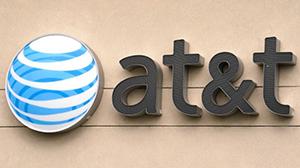 AT&T is battling industry leader Verizon Communications Inc (VZ.N) and smaller rivals Sprint Corp (S.N) and T-Mobile US Inc (TMUS.O) for customers in a market where most people already have cell phones.
Verizon in February reintroduced an unlimited data plan for the first time in more than five years, and other carriers have since then sweetened their own offers.
AT&T, which is in the process of buying Time Warner Inc (TWX.N) for $85.4 billion in an effort to turn itself into a media powerhouse, has sought to compete by bundling mobile service with video entertainment.
In June, it announced that it was offering its unlimited wireless plan with its internet streaming service DirecTV Now for an additional $10 a month.
Such product bundles helped win new subscribers as well as keep hold of old ones, Chief Financial Officer John Stephens said on a post-earnings conference call with analysts.
“Perhaps the biggest impact is on wireless churn,” he said, referring to the rate of customer defections. Churn among phone subscribers who pay a monthly bill was 0.79 percent in the quarter, the lowest in the company’s history.
AT&T lost 89,000 U.S. phone subscribers who pay a monthly bill in the quarter, its most lucrative customers. Analysts had expected a loss of 256,000, according to research firm FactSet. Including prepaid customers, it added 178,000 phone subscribers in the quarter.
The company lost 199,000 video subscribers in the period overall. Its DirecTV Now streaming service added 152,000 subscribers, bringing the total to 500,000 since the service was launched in November. But that failed to offset losses by its satellite and U-verse pay-TV offerings.
Net income attributable to AT&T rose to $3.9 billion, or 63 cents per share, in the second quarter ended June 30, from $3.4 billion, or 55 cents per share, a year earlier.
Excluding some items, earnings per share were 79 cents, ahead of analysts’ average estimate of 73 cents per share, according to Thomson Reuters I/B/E/S.
Revenue declined slightly to $39.8 billion from $40.5 billion in the year-ago period, hitting analysts’ average estimate.
AT&T continues to expect the Time Warner deal to close by year-end.
Reporting by Anjali Athavaley; Editing by Bill Rigby