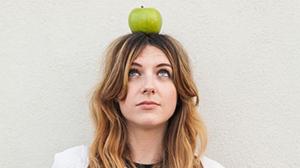 Sarah Berry
There is a tendency for people to resort to extremes in reaction to the global epidemic of chronic disease.

Calls for moderation are drowned out by calls to banish sugar, carbohydrates, gluten (insert problem nutrient du jour), work out like we’re possessed and renounce all worldly pleasures.

Careers are made on silver bullet advice and ‘evidence’ comes when those who clean up their diets and lifestyles after years of abuse inevitably feel and look better, while actual evidence-based advice, like the Australian dietary guidelines, which less than 4 per cent of us adhere to, are dismissed as ineffective.

We throw the baby out with the bathwater. But we should not.

An extensive new study has explored the extent to which various lifestyle factors affect health and longevity. The three lifestyle behaviours linked with a longer, healthier life are not extreme nor complicated: don’t smoke, keep your weight within a healthy range and your booze intake in check.

Using longitudinal data, the researchers from the University of Michigan tracked 14,000 people from the age of 50, comparing those who didn’t smoke, were not obese and drank moderately (defined as less than 14 drinks a week for men and less than seven drinks a week for women) with “average Americans” (80 per cent of Americans smoke, are obese or both by age 50).

“These results provide a benchmark for evaluating the massively damaging effects that behavioural risks have on health at older ages and the importance of prioritising policies to implement behavioural-based interventions,” the authors wrote in the journal Health Affairs.

The policies suggested include financial “sticks” such as taxes on cigarettes, alcohol, and potentially beverages and foods associated with obesity.

Adding that making behavioural changes “even late in life”, increases longevity, the authors note that it’s never too late to start.

“The findings are likely to be reflected in the Australian population which is concerning,” said Dr Alison Yaxley a lecturer in nutrition and dietetics at Flinders University. “While smoking rates are reducing and as a nation we consume less alcohol than a few decades ago, the obesity rate is still climbing and if projections are correct 75 per cent of us will be overweight or obese by 2020.”

The socially disadvantaged, where rates of smoking, excessive alcohol consumption and obesity are more prevalent, are particularly at risk, Yaxley adds.

“Although behavioural change can be challenging, there are significant benefits from even small changes,” she says. “Policy should continue to focus on promotion of smoking cessation and moderating alcohol consumption.

“Additionally, promotion of moderate amounts of exercise and a diet rich in lean meat and fish or alternatives, fruits and vegetables, wholegrain foods and dairy, in line with the Australian Guide to Healthy Eating, can help to reduce weight gain and reduce rates of chronic diet-related disease.”

How Australians’ lifestyle behaviours measure up