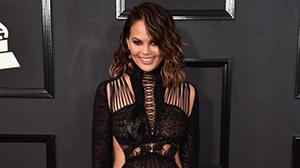 This time, the final straw wasn’t even a particularly creative insult.

After President Trump tweeted his disappointment in his Republican colleagues Sunday – “It’s very sad that Republicans, even some that were carried over the line on my back, do very little to protect their president” – model Chrissy Teigen fired off a quick reply: “Lolllllll no one likes you.”

That simple sentiment was, apparently, enough to make Teigen the newest celebrity member of a club that has rapidly grown in recent months: Twitter users blocked by the president. Teigen tweeted the news to her 6.4 million followers Tuesday, bemused that after years of sharp condemnation of Trump, she’d finally crossed the line:

“After 9 years of hating Donald J Trump, telling him “lol no one likes you” was the straw”

Teigen, a Sports Illustrated model and the wife of Grammy-winning singer John Legend, has long been an outspoken critic of the current president, and the two have clashed on social media before. After Teigen insulted Trump in 2015, he retweeted a follower who called her a “trashy gutter mouth woman.” But Teigen has built a reputation as a bold, blunt presence on social media – one who isn’t likely to back down from a fight – and her criticism of Trump has only increased since he became commander in chief.

Now, she joins a lengthy list of high-profile Twitter users who have been barred from seeing or responding to the president’s tweets; last month, Trump blocked best-selling author Stephen King after the famed horror writer tweeted a few pointed insults about the president’s Cabinet and his daughter, Ivanka Trump.

Some Twitter users blocked by Trump have filed a lawsuit in federal court, arguing that being shut out of the president’s Twitter feed is a violation of the First Amendment to the Constitution. But in the meantime, as the legal drama plays out, it seems clear that Trump has no plans to stop blocking his Twitter critics.