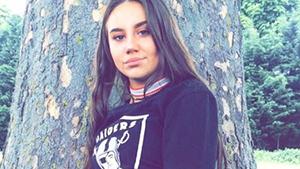 A 16-year-old girl has been found dead on tracks at a railway station, believed to have been electrocuted.

Officers said the girl, named by her family as Taiyah Pebbles, was with friends near Herne Bay station in Kent shortly before 23:00 BST on Tuesday.
The teenager was injured between then and 07:00 BST on Wednesday, when she was confirmed dead by emergency crews.
Det Ch Insp Paul Langley, from British Transport Police, said her family were desperate for answers.
“Our thoughts are with the family and friends of this young girl as they try to come to terms with this awful news.
“We have deployed specially trained officers to the family to provide them with support.”
He added: “Understandably the family are now desperate for answers and my officers are focused on understanding how this girl came to be on the tracks.”
Taiyah’s death is being treated as unexplained while officers look into the circumstances, he said.
A post-mortem examination is due to take place on Friday but police said Taiyah suffered serious injuries, believed to have been caused by electrocution.
Officers want to speak to anyone who was near the station between Tuesday night and Wednesday morning.