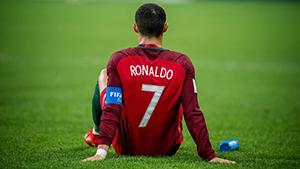 By Rafael Buschmann, Gerhard Pfeil, Tim Röhn and Michael Wulzinger
Following DER SPIEGEL’s Football Leaks revelations, Cristiano Ronaldo could now face trial on tax-related charges. His fans are outraged, while others inlcuding the president of UEFA are furious — at players’ agents, who have dragged the professional sport into the mud.