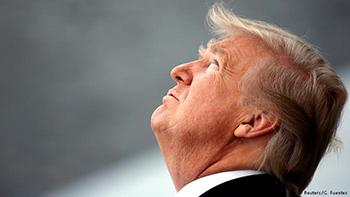 US President Donald Trump says transgender people cannot serve in “any capacity” in the military.