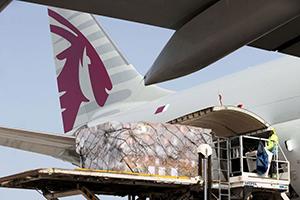 Saudi Arabia, the UAE and other Gulf countries gain nothing from cutting off trade and diplomacy.
by Ali Shareef Al Emadi

For two months, the United Arab Emirates and Saudi Arabia have led an illegal and unwarranted blockade on Qatar. The blockaders have attempted to use trade and economic levers as weapons – by closing borders, forbidding exports to Qatar, forcibly recalling their citizens, and censoring information.
Qatar has successfully rejected these attempts to curb its sovereignty, as our citizens and residents have responded valiantly to every challenge and obstacle.
Our strength traces back to our independence in 1971, when an early decision was made to always pursue dialogue and diplomacy over threats and force. At the same time, we resolved to guide economic and investment decisions by taking the long view toward our interests at home, in the region and globally.
This approach has borne fruit. The City Center D.C project in America’s capital is a prime example: Qatari Diar’s $1.5 billion investment in this commercial and residential project, the largest private-sector investment in Washington, has created jobs and provided an anchor for future development in the city.
Its success is being replicated near Sabine Pass, Texas, where Qatar Petroleum has partnered with two other leading energy companies – ExxonMobil and ConocoPhillips –to build one of the world’s largest liquefied natural gas terminals. This $10 billion project will generate thousands of jobs in the U.S. and push forward billions of dollars in economic development.
These projects come in addition to the $27 billion that Qatar has invested in the U.S. in the past two years, and the nearly $10 billion more slated for new and existing projects in years ahead.
We have also made significant investments at home. Today Qatar has one of the world’s largest modern airports, which is now accommodating an increased volume of air cargo from global trading partners – to mitigate shortfalls from the blockading nations. Our new seaport has been vital in enabling the flow of food, provisions and building materials into the country. Day-to-day life in Qatar has continued without interruption.
Just as important, Qatar continues to be the world’s largest exporter of liquefied natural gas. Not a single shipment has been missed or delayed – even those to the blockading UAE. While they have cut off exports to Qatar, we have continued to supply 40 percent of the UAE’s daily LNG consumption via the Dolphin Pipeline.
We do this because Qatar does not use economic tools to harm trading partners. Nor do we leverage business deals for political gain. We want the companies and countries we invest in to know that Qatar keeps business and politics separate. It is why we honor our business agreements with Egypt and Saudi Arabia, and keep our skies open to all carriers.
These same countries are recalling their citizens and expelling Qataris, forcing people to sell assets or in some cases forfeit businesses they have spent years building. Then there is the regrettable human cost – families split apart when only one parent is Qatari.
Despite the blockading countries’ behavior, we will not fundamentally change our approach. Speaking to the people last week, His Highness Sheikh Tamim bin Hamad Al Thani, emir of Qatar, called for more initiative and investment to diversify the economy, and for Qatar to achieve greater economic independence through bilateral cooperation regionally and globally, but to always ground its partnerships in mutual interest and respect.
Qatar still wants to achieve the good relations, economic growth and opportunities that the leaders of our countries envisioned when they created the Gulf Cooperation Council in 1981. With their blockade, the other GCC members are doing the opposite.
Repairing the economic and social damage this is causing will not be easy. But it must start with ending the blockade and allowing reasonable dialogue to begin. As Henry Ford said, “Coming together is a beginning; keeping together is progress; working together is success.” Let us end this disastrous impasse and aim for success.
This column does not necessarily reflect the opinion of the editorial board or Bloomberg LP and its owners.