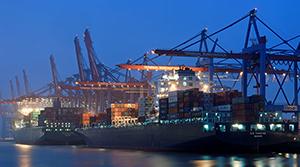 The Eastern Committee of the German Economy expects growth in exports to Russia to double this year despite all the political and economic hurdles. It also opposes new US sanctions against Russia, saying they will hurt German businesses.

“Earlier we expected this year’s growth in exports would be ten percent compared with 2016,” the committee’s executive director Michael Harms told journalists on Thursday in Berlin, adding “now we believe the growth rate will come at 20 percent.”
‘Counter-sanctions possible, trade war between EU & US would be very bad’ – German economy minister https://t.co/tzS714IEgWpic.twitter.com/gd0arS8pY6
— RT (@RT_com) July 27, 2017
According to the committee, from January to May 2017 German firms delivered goods worth €10.5 billion to Russia, up from €8.1 billion last year.
In previous years, the committee has reported a steady decline in German exports to Russia due to Western sanctions which threatened thousands of jobs in the country. It said that within the EU, the German economy had paid the highest price for the crisis with medium-sized enterprises most affected.
German Economy Minister Brigitte Zypries on Thursday warned of a trade war between the European Union and the United States following the approval of new anti- Russia sanctions by the US House of Representatives. She said the move could result in counter-sanctions which may harm German companies and hamper Berlin’s ties with Washington.
German business lobby urges EU action against new US sanctions on Russia https://t.co/m7Fj2K7oIv
— RT (@RT_com) July 26, 2017
The German committee said plans for tighter US sanctions against Russia could hurt European companies with energy interests in their giant eastern neighbor and appear designed to stimulate US energy exports to Europe. It added that the possibility of European counter-sanctions against the US should be kept open as “a very last option.”
The Association of German Chambers of Commerce and Industry (DIHK) also echoed the worries; saying new sanctions against Russia may have an adverse impact on Europe’s energy security and hurt the German economy. It added sanctions appear to favor American firms.
The new round of US penalties against Russia target already sanctioned banks and the energy sector, reducing the financing period for them to 14 and 30 days respectively. Individual sanctions include a ban on investments of more than $5 million a year or $1 million at a time in Russian pipeline projects or backing such enterprises via services, technology or information.
‘America 1st doesn’t mean #EU last’ – #Germany & #France voiced opposition to new set of #US sanctions on #Russiahttps://t.co/G8NCuINmoV
— RT (@RT_com) July 26, 2017
The bill has still to be signed by the US president and is aimed at punishing Russia for alleged meddling in the presidential elections.
Earlier this week, the European Commission urged Washington to coordinate measures against Russia with Europe and the rest of the G7 group of leading economies.