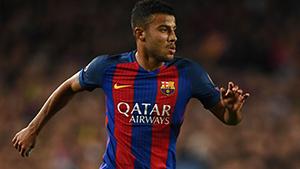 Barcelona may use Rafinha as a makeweight in a deal for Philippe Coutinho, while Bale to Manchester United is back in the papers.

Newcastle have been linked with a £3.6m move for Udinese goalkeeper Orestis Karnezis.

Barcelona are to offer Liverpool Rafinha in an attempt to lure Philippe Coutinho to the Nou Camp.

Wesley Sneijder is set to team up with Mario Balotelli at Nice after leaving Galatasaray.

Liverpool and Southampton are in the hunt for Inter Milan defensive starlet Zinho Vanheusden, according to reports.

Galatasaray have confirmed they are in talks to sign Manchester United midfielder Marouane Fellaini.

Huddersfield have joined the race for £10m-rated French winger Marcus Coco, who plays for Guingamp.

Watford are confident of tying up a loan deal for Valencia defender Aymen Abdennour.

Tottenham defender Toby Alderweireld has revealed “zero progress” has been made regarding a new deal at the club.

Ronald Koeman will this week step up his interest in Olivier Giroud. The Arsenal striker is the No 1 target on Everton’s hit-list.

Stoke are ready to move for Dinamo Kiev’s Andriy Yarmolenko as they search for Marko Arnautovic’s replacement.

Watford are closing in on Arsenal left-back Kieran Gibbs. The clubs are in advanced talks with West Brom having ended their interest.

Gareth Barry could be blocked from quitting Everton for West Brom amid uncertainty about fellow midfielder James McCarthy’s future.

Stoke are closing in on a deal for Manchester City’s England midfielder Fabian Delph.

Jose Mourinho has targeted a £90m move to take Gareth Bale to Manchester United but would rather wait until next summer to make it happen.

PSG will make a £35m bid for Arsenal play maker Alexis Sanchez as soon as they have smashed the world transfer record to sign Neymar.

Eliaquim Mangala is now hoping to clinch a dream move to Juventus with the Italian champions ready to pay Manchester City a loan fee of £4m.

Manchester United will have to pay up to £31m if they want to tempt Anderlecht to sell Leander Dendoncker.

Kilmarnock boss Lee McCulloch has confirmed he is closing in on a deal for Scotland international Gordon Greer.

Former Rangers and Dundee United midfielder Charlie Telfer has turned out for Bolton as he looks to earn a deal with the Championship side.