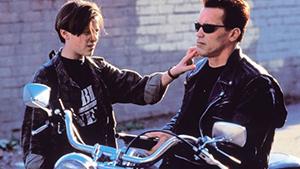 James Cameron is deep into what he calls a nine-year project. The director of the two highest-grossing movies in cinema history, Avatar and Titanic, is hard at work on four Avatar sequels that are scheduled to reach cinemas from 2020 to 2025.

“It’s pretty much a six-plus day a week job for me now,” the three-time Oscar winner says from Los Angeles. “I’m on stage every day, designing, working out the sets, shooting with what we call our troupe, which is our group of multi-character-playing actors who are the precursors for when I bring the principal cast in, which starts in September.”

It took decade of work – developing a new method of making films on a virtual stage in 3D – before Jake Sully headed to the planet Pandora in the original Avatar in 2009. Given their scale and technological complexity, Cameron is not rushing to make the sequels either.

“To give you a sense of the scope of the project, I don’t even start the live-action part of the production for about 19 months,” he says, adding that viewers can expect them to be “better, bigger, brighter, more visually imaginative and more emotional”.

The famously driven filmmaker, adventurer and environmentalist – this is the man who built a submersible in Sydney’s inner west so he could dive almost 11 kilometres to the bottom of the Mariana Trench in 2012 – has also had a side project this year.

He has supervised the restoration and 3D conversion of Terminator 2: Judgment Day for a cinema release on August 24.

Revisiting the movie made Cameron realise how much reality has since caught up to science fiction, particularly when it comes to artificial intelligence.

“When we live in a world of constant surveillance and iPhones that can be tapped by intelligence agencies and predator drones in the sky and serious discussions at high levels about the ethics of robotic combat platforms having autonomous kill capability, you’re talking about Terminators and you’re talking about Skynet,” Cameron says.

“I just came from a symposium with some of the world’s top AI scientists and they’re always talking about Skynet. They call it the ‘Skynet problem’. How do we [keep] an emergent machine intelligence – what they call ‘strong AI’ that’s equivalent to or greater than human consciousness – from just deciding that it doesn’t need us any more? That we’re just an impediment?”

The risks of artificial intelligence have been hotly debated by two tech billionaires just this month, with Tesla chief executive Elon Musk telling US authorities they should regulate the technology because of the potential dangers, which prompted Facebook boss Mark Zuckerberg to say it was irresponsible to predict AI would lead to doomsday scenarios. Microsoft founder Bill Gates and physicist Stephen Hawking have previously warned about the threat if it evolves beyond human control.

Cameron says humans have a nasty habit of letting market forces dictate experiments with our future.

“Market forces have put us into runaway climate change and resource depletion and all forms of environmental collapse and the sixth great mass extinction which, if we don’t change, could be a slate-wiper for the planet. And I’m not even talking about nuclear war yet.

“We don’t seem to have any great skill at not experimenting on ourselves in completely unprecedented ways. The next big experiment will be ‘Can we prevail in a world when machines that we’ve built are as smart or smarter than we are?’ …

“So assuming we survive climate catastrophe, that’ll be the next one.”

It seems like a brutally bleak outlook for someone who has had so much success. A filmmaker who reputedly earned more than $US250 million in 2010, after Avatar’s release, and has also directed The Terminator, Aliens, The Abyss and True Lies.

“Hey man, apocalypse is my go-to spot,” Cameron says. “You’re talking to the guy that did two Terminator movies and Titanic, where everybody dies, and Avatar, where a character says ‘Earth is dying’.

Democracy is another one of those worrying systems.

“I’m starting to get kind of over democracy if this is the world that it creates,” Cameron says. “But as they always say, democracy is the worst system out there except for all the others.”

After Avatar cracked open the potential for 3D in cinema, the Canadian filmmaker had further success with the format when the 2012 conversion of Titanic earned $US343 million around the world.

Six years ago, Cameron predicted 3D would be standard in cinemas by 2016. And while the widespread perception is that audiences have gone off the format – deterred by an often disappointing experience and more expensive ticket price – he challenges that view.

“At that time we probably had 1500 screens 3D globally and we’re now up to 45,000 screens,” he says. “Pretty much every major film that’s made is offered in both 3D and 2D. I’d call that pretty standard.

“Now that doesn’t mean that everybody chooses it. We’re running at, depending on the title, anywhere from 40 to 60 per cent of ticket-buyers choosing the stereo option.

“But the total number of people viewing movies in 3D is about a 10 x multiple of what it was when I released Avatar. And probably a 4 or 5 x multiple of where we were [in 2012] so I consider that a pretty resounding success story.”

But surely no-one is buzzing about 3D the way they did when Avatar opened.

“They shouldn’t be,” Cameron says. “In 1961, the expensive movies were in colour and the cheap ones were in black and white. They put a big sign on the poster or the marquee that said ‘In Colour” and people would go to a movie because it was in colour.

“Cut to five or 10 years later, people weren’t buzzing about colour. It was just a fact of life.

“Honestly, I can point to any number of interviews where I predicted in our best case scenario, we would measure success when it was no longer remarkable. And that’s exactly where we are now.”

But Cameron accepts 3D television has failed and the movie industry has let itself down by hastily converting new movies rather than shooting them in the format.

“The conversion of classic titles where you have the time and energy to do it properly is not a problem,” he says. “The problem is when you’re trying to jam it in in post-production on a new Avengers film or whatever …

“I also think the industry has done itself a disservice by not stepping up on the projection technology to get the light levels up. That’s now on the horizon … there’ll be a big incremental evolution over the next few years where the 3D experience gets much more vibrant and dynamic.”

Cameron stepped away from making Terminator movies after the second instalment, leaving the three subsequent sequels to other filmmakers. But he wants to reboot the franchise with a new trilogy when the US rights revert to him in two years and he hopes audiences who have only ever seen T2 on video will want to see it in cinemas.

The makeover cost $US6 million and took 1000 people six months.

“We’re offering a hell of an experience,” Cameron says. “But the big question mark hanging over the whole thing is ‘Will people show up? Will they care?’ We’ll know in a month, I guess.”