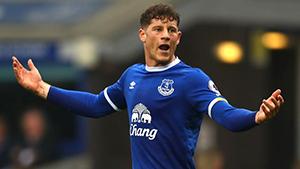 Neymar has appeared to bid farewell to his Barcelona team-mates in a dressing-room visit.

Manchester City will return to China on tour next summer despite the success of their USA tour.

Pep Guardiola still wants two more players at Manchester City but he must get members of his squad to leave first.

Tottenham want Ross Barkley to set realistic wage demands as they look to finance a move for the Everton midfielder.

Back Ross Barkley at 9/1 with Sky Bet to still be with Everton after this transfer window!

Nemanja Matic will be reunited with Jose Mourinho this week in a £40million move to Manchester United.

Riyad Mahrez is hoping Roma return with a third bid for him as he increasingly fancies a switch to Serie A.

Back Riyad Mahrez at 5/4 with Sky Bet to join Roma!

Ross Barkley will have to slash his wage demands or risk scuppering a move to Tottenham.
DAILY TELEGRAPH

Adam Lallana says having Daniel Sturridge back fit is like having two new signings.

Manchester City are likely to head to China next summer for their 2018 pre-season tour.
THE SUN