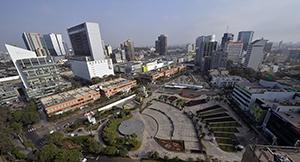 The Peruvian government will not recognize the results of the ongoing Constituent Assembly election in Venezuela, Peru’s Foreign Ministry said in a statement on Sunday.

MOSCOW (Sputnik) — On Sunday, Venezuela is holding election of the members of the Constituent Assembly, a new legislative body with the power to amend the constitution. The last time a National Constituent Assembly was convened in 1999.
“This election violates the Venezuelan constitution and is not in line with the sovereign will of people represented in the National Assembly [country’s parliament],” the statement said.
Peru also condemns the alleged repressions in Venezuela and demands the launch of a national dialogue that will help to restore the democratic order.
Earlier in the day, Colombian President Juan Manuel Santos said that Bogota would also refuse to recognize the results of the Venezuelan election.
Venezuelan President Nicolas Maduro announced his decision to convene the National Constituent Assembly in early May, claiming it would bring peace to the South American country hit by months of violent protests. But his opponents feared it would allow him to bypass the opposition-controlled parliament.
The election comes amid protests that erupted across Venezuela in early April and have since claimed the lives of over 110 people. They followed an unsuccessful attempt of the Venezuelan Supreme Court to absorb the legislative power of the National Assembly.