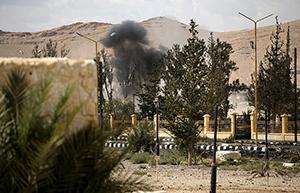 MOSCOW, /TASS/. A journalist working with Russia’s RT television channel has been killed in shelling by Islamic State (a terrorist organization outlawed in Russia) in Syria’s province of Homs, RT Arabic said on Sunday.

Khaled Alkhateb, 25, was fatally wounded when he was filming a report about the Syrian army’s offensive against Islamic State.