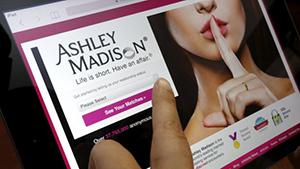 A lot has changed in two years.

We’ve lost Prince and Bowie and the world is now captivated by a few dystopian, theocratic nightmares like The Handmaid’s Tale and whatever is happening in the White House.

However, some things, according to Ashley Madison, haven’t changed and that is Australians’ love affair with extramarital affairs, even after the online dating service had its data hacked in 2015 where details of its 36 millions users were leaked.

According to the site’s vice-president of communications, Paul Keable, the security breach did not bother the 12,000 people in Australia who have since signed up to go on to make about 17,000 unique connections – successful matches – every month.

“We’ve done search research and found the terms ‘have an affair’ having continued to peak in Australia over the last couple of years,” Keable said.

A joint investigation by Australia’s Privacy Commissioner and its Canadian counterpart, which found the site’s parent company didn’t have the “appropriate safeguards” in place to protect the sensitive and personal information of its clients, is now complete and the deadline for Ashley Madison to implement the report’s recommendations was Monday.

It’s something Keable is confident the company has achieved and wants to let Australians seeking an affair know Ashley Madison is back. However he was coy to point out what new security measures have been implemented to ensure a sequel to the hack of 2015 doesn’t happen again. Keable also said users will see a range of new administration features and security checks when logging into their accounts.

“What we sell is discretion. I won’t outline exactly what we’ve done because that’ll give the bad guys more information,” he said.

The investigation also found a series of bots were found to be operating out of Australia in 2015, which have also been eradicated after “years of sinking research into the business and technology while implementing new security measures”, Keable said.

Australia, along with the United States, Canada and Brazil, is now considered to be Ashley Madison 2.0’s most important markets.

“It is strategically a more important market for us. We’re no longer about how many members we have, it’s about how we ensure we serve our members in the best way possible,” he said.

Keable puts the success down under to Australian culture “that is not beholden to big institutions” and women having more agency.

“Infidelity has always been around, but traditionally for women the economic and social impacts were greater if they were caught. Now they are just doing what men have done for centuries and we offer them that,” he said.

“Infidelity is only dangerous if you get caught, remember that.”

On Ashley Madison, women join for free while men pay via a subscription model to be introduced to women who are also seeking something outside of their relationship or marriage.