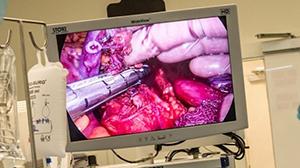 Fears that children are being kidnapped across Cambodia to have their kidneys cut out and sold have sparked mob violence and cries by authorities of “fake news”.

A mob of around 1000 trashed a police station in Kompong Thom province and beat-up two men wrongly suspected of the crime, who were being held there, after rumours swept social media.

An opposition activist has been charged for posting on Facebook about “three Vietnamese people suspected of kidnapping children to cut out their kidneys and eyes,” the Cambodia Daily reported.

If convicted he could face up to two years jail for “communication or disclosure of false information.”

Police in the provinces of Preah Sihanouk, Battambang and Pailin have also reported dealing with “fake news” stories circulating on Facebook about children being kidnapped for the kidneys in recent days.

One Facebook post in Preah Sihanouk said “a person who kidnaps children and cut them open to take the organs to sell was arrested…please help and immediately share it,” the Daily reported.

But the man whose photograph was posted on Facebook was found to be a mentally unstable alcoholic.

Two Cambodians were arrested in May for allegedly trafficking at least ten organ donors to India for illegal kidney transplants worth tens of thousands of dollars.

The donors were allegedly paid US$5,800 for the transplants that were performed in India.

In 2015 three Cambodians were sentenced to between 10 and 15 years jail for persuading impoverished Cambodians to sell their organs to wealthy Cambodians undergoing dialysis in Thailand.

According to the World Health Organisation about 10,000 black market organ transplants are carried out globally each year, often by international crime syndicates.

The crime is fuelled by a soaring number of patients waiting for transplants, especially kidneys.

Chou Bun Eng, an Interior Ministry secretary of state and vice-chair of the national committee to combat human trafficking, said the claims were baseless and were “poisoning the environment of society.”