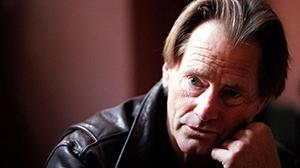 With a father who was an Army officer and sometime farmer and a mother who was a teacher, Shepard – born in 1943, the oldest of three – spent his childhood bouncing around the heartland. This would later inform his writing, which often explored the fringes of society and the failure of the nuclear family.

Shepard eventually found a home in California – in Duarte, where he would graduate high school, and in Chico, where he worked as a stable hand. But eventually his roaming would take him east, to New York City and the stage that would make him a legend.

Shepard died Thursday, surrounded by family, at his home in Kentucky of complications from amyotrophic lateral sclerosis (ALS), often called Lou Gehrig’s disease. He was 73.

Chris Boneau, a spokesman for Shepard’s family, confirmed Shepard’s death in a statement. “The family requests privacy at this difficult time,” he said.

Shepard made his earliest impression on the New York theatre scene in 1966, when he took home Obie Awards for three plays: Chicago, Red Cross and Icarus’ Mother. The playwright would go on to win 10 more Obie Awards in his distinguished career.

As Shepard continued to write, he also began dabbling in acting, appearing as the charming land baron known only as The Farmer in Terrence Malick’s 1978 exquisite classic Days of Heaven.

The play centres around a family haunted by the past as it comes together in its aging Illinois farmhouse, reflecting shades of Shepard’s own childhood with his father, whom the playwright described as alcoholic.

It earned Shepard the Pulitzer Prize in 1979.

In 1982, Shepard starred in Frances alongside Jessica Lange, with whom he would have a decades-spanning relationship. He divorced Jones in 1984.

Lange and Shepard had two children together, Hannah Jane, in 1985, and Samuel Walker Shepard, in 1987.

Shepard starred in his most celebrated role in 1983, portraying pilot Chuck Yeager in The Right Stuff. His performance earned him an Academy Award nomination for best supporting actor.

This vacillation between artistic interests and latent embodiment of the long-lost cowboy would come to define Shepard throughout his career.

“I still think it all comes from the same place, but it’s great to be able to change it up,” Shepard told The Times in 2011. “It would be like riding the same horse all the time.

“To sing a song is quite different than to write a poem. I’m not and never will be a novelist, but to write a novel is not the same thing as writing a play. There is a difference in form, but essentially what you’re after is the same thing,” Shepard concluded.

It was that same interview with The Times, conducted by phone, that had to be delayed when Shepard, quite literally, had to see a man about a horse.

“I was at a horse sale yesterday, and it was just all-consuming,” Shepard said.

He went on to explain that he didn’t fly when travelling around the continental United States, preferring instead to explore the open road.

Though that may sound idyllic, Shepard was not an artist who shied from the ugliness of the world.

In his 2004 play God of Hell, Shepard tackled a post-9/11 country, besieged in equal parts by patriotism and fascism, sometimes disguised as the same thing.

“We’ve never known who we are as a country, only how we’d like to define ourselves: idealistic, good, positive, saving the world for democracy, right?” Shepard said to The Times in 2006. “We have this inability to face what has become of us so all we get is this propaganda… the lies, the evasions, the refusal to tell the truth.”

But all hope was not lost, according to Shepard.

Shepard was not without his own demons, however.

Shepard remained active throughout the twilight of his career, publishing the play A Particle of Dread, his take on Oedipus, in 2014, as well as appearing in Netflix’s Bloodline throughout the show’s three-season run.

Survivors include his children, Jesse, Hannah and Walker Shepard, and his sisters Sandy and Roxanne Rogers.

Hollywood and Broadway stars were among those who paid tribute to Shepard following news of his passing.

Sam Shepard. Whenever he came on-screen, you knew you were in good hands. A frame from “Days of Heaven.” May he rest in love. pic.twitter.com/DQc0fy7EqN
— Ava DuVernay (@ava) July 31, 2017

Literally bumped into Sam Shepard many years ago, both of us on our way to see Pillow Man on Broadway. We had a great chat/walk. #hero RIP
— Don Cheadle (@DonCheadle) July 31, 2017

I had the honor of playing Sam Shepard’s son in one of my first films. He was a class act whose work profoundly influenced me & the world.
— Paul Wesley (@paulwesley) July 31, 2017

There’s a restaurant in the East Village we refer to as the Sam Shepard restaurant because we saw him there once. This will continue.
— Michael McKean (@MJMcKean) July 31, 2017