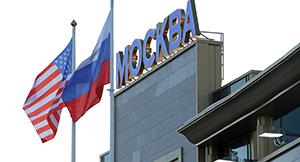 By Kent Moors
Events of the last few days will be opening up some interesting energy investment moves.
We just need the smoke to settle, first.

It brings me back to just a few years ago, when I found myself in the middle of a political tiff between Moscow, Brussels, and Washington.
Then, the issue has centered on a move by the Obama Administration to decrease European reliance on Russian natural gas by offering alternative energy sourcing.
The alternative source being considered back then was gas coming from Iraq and Kurdistan, something still being discussed today.
At the time, I was a consultant to both the Iraqi Ministry of Oil and the Kurdish Ministry of Natural Resources.
That meant I was in the middle of what was on occasion some rather rancorous negotiations.
While the EU in Brussels wanted to diversify away from relying heavily on fuel from Russia, it has also always disliked being lectured to by Washington.
This morning had all those memories coming back.
Yesterday, the U.S. Senate overwhelmingly passed the new Russia-Iran-North Korea sanctions bill that the House had approved on Tuesday.
It now moves on to President Trump.
Having passed both chambers with a veto-proof majority, it will become law whether the White House approves of it or not.
Not even bothering to wait for Trump’s decision, Russian President Vladimir Putin responded this morning by cutting the number of American diplomats allowed in Russia, and seizing two U.S. properties.
Thus far, the reaction has been limited to a tit for tat, as these actions mirror those made at the end of the Obama Administration against Russian personnel and property in the U.S.
But this is merely round one…
Europe Doesn’t Want to Rely on Russia – or the U.S.
Almost lost in the smoke now being generated around this next stage in foreign policy is the emergence of a familiar energy contest between the U.S. and the EU.
You see, the sanctions package passed by Congress includes a move against the Nord Stream 2 pipeline.
This is déjà vu… all over again.
Nord Stream 2 is, as the name implies, a second pipeline carrying Russian gas from Vyborg by the Finnish border, beneath the Baltic Sea, to Greifswald in northern Germany.
The first Nord Stream pipeline comprises two parallel lines and became operational some five years ago.
Given EU regulations, the current pipeline cannot utilize its full capacity. That has set the stage for some rather protracted negotiations between Brussels and Moscow on Nord Stream 2.
Even before the passage of the U.S. sanctions, there have been two issues of contention.
The first involves a split in the EU itself over increasing reliance on Russian gas flow. The overarching feeling in Brussels has been that a diversification of gas sources is required.
There is a noticeable division within the European Commission (EC), the administrative arm of the EU, over whether Nord Stream 2 is even desirable.
Concerns focus on the cost, Russia’s effective control, the distribution assets inside Europe, and the ever-present “too much dependence on a single source” argument.
Because of this last concern, European liquefied natural gas (LNG) terminals have been constructed and increasing commitments for LNG from both Qatar (the world’s largest provider) and North Africa have been made.
The new TAPS pipeline from the Caspian into Southern Europe is underway, along with renewed emphasis on moving Kurdish gas via Turkey into Europe.
However, the crisis between Qatar on the one hand and a Saudi-led group also including the UAE, Bahrain, and Egypt has brought the security of Qatari LNG deliveries into question.
Continued instability in North Africa raises similar concerns about supplies from there.
But relying on Russia for gas can sometimes be just as bad…
Russia Has Turned Off the Gas Tap Before
Western Europe remembers all too well a cut off of gas from Russia during an unusually cold January in 2009. Moscow argued that resulted from the decision by Ukraine to cut flow through the primary land pipeline.

Europe acknowledged the argument but immediately took steps to secure alternative volume anyway.
The combined Nord Stream projects was one of the results. It requires no third country to guarantee throughput.
But the dependence concern remains. The mode in Brussels is very clear.
It makes no difference whether the primary reliance is on Russia, Qatar, Egypt and Algeria, or even the U.S. (through proposed LNG exports).
Diversification is now the political mantra.
The second issue involves the Energy Charter Treaty (ECT). Passed in 1994, the ECT has dictated terms for energy imports and distribution. Russia has signed the agreement but has never enforced it.
The problem arises from ECT’s Transport Protocol.
This requires that signatories agree to separate natural gas transport and distribution companies. It also obliges that each nation provides others access to its domestic pipeline system.
Moscow has flatly refused to end the monopoly provided to its national gas company Gazprom (OGZPY) – the world’s largest – or to open its domestic pipeline network to others.

As a result, repeated attempts by Gazprom and other Russian entities to acquire positions in European-based energy projects have been thwarted. Gazprom, of course, is often used as a direct channel for Russian foreign policy.
Nord Stream has been a way in which Russia has overcome these barriers. Technically, the pipeline is controlled by a separate company, having a joint board and being independently registered under EU provisions.
More to the point, Nord Stream has enabled Russian financial interests to bypass already existing American banking sanctions, with a primary utilization of Gazprom Marketing & Trading.
As I have discussed here in Oil & Energy Investor before, this fully-owned Gazprom subsidiary remains my top target for ratchetting up sanctions against Russia. GM&T runs the finance for Russian global gas sales.
It’s also headquartered in London, with other offices throughout Europe. There’s even one in Houston.
Targeting GM&T is the proverbial third rail, as far as the Kremlin is concerned, on any move to prevent the completion of Nord Stream 2. It will result in a heavy push back from Putin.
Projects like Nord Stream allow Russian oligarchs to move money out. They also allow the Russian government to finance off-book projects utilizing gas export revenues remaining outside Russia.
The operating Nord Stream pipeline launders both public and private funds. Nord Stream 2 would provide another venue to accomplish the same thing.
The new U.S. sanctions introduce a potential tool to offset these activities by scuttling Nord Stream 2. But in addition to adversely impacting investment and commitments made by private companies (some American) to the project, it squarely acts as the U.S. lecturing to the EU on how to run energy policy.
That won’t fly in Brussels and runs the risk of pushing the EU closer to Russia on matters of mutual interest…
The Last Time America Tried This, It Didn’t Work Out
The situation is highlighted by an extraordinary reversal in European regard for the U.S. The statements coming from European leaders that Washington can no longer be relied upon are not simply political rhetoric.
They reflect a rapidly growing consensus among EU members that decades of joint policy understanding have been eroded in barely six months by a White House unaware of fundamental foreign policy parameters.
Now, the U.S. has indicated it will replace much of the gas coming through Nord Stream 2 with its own LNG exports to Europe.
Quite apart from the questions arising over a new competing source for European energy needs and LNG’s higher price, there is another basic matter.
If the green light is given for Nord Stream 2 tomorrow and revisions were passed to EU regulations limiting the volume of Russian gas imported, the flow would start in about two years. It will take equivalent U.S. LNG much longer to reach Europe.
Just look back a few decades…
In 1981, Ronald Reagan initiated a multi-faceted diplomatic move to prevent Europe from pursuing the major Yamal natural gas pipeline from the then Soviet Union.
That attempt fell flat for the same reason the EU today will oppose U.S. sanctions directed toward Nord Stream 2.
Europe will always put its internal needs first. The 1981 episode should have provided sufficient counsel on this simple observation.
Of course, that would require the powers that be inside The D.C. Beltway to know (or care) about what history has to tell us…
Either way, when the smoke settles, and the next source of Europe’s natural gas becomes clear, there will be profits to be made.
By Dr. Kent Moors via Oil & Energy Investor