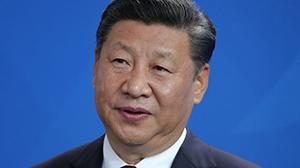 Beijing: After President Donald Trump pilloried China in 48 tweeted words over the weekend, accusing it of failing to tame its neighbour and longtime ally North Korea, Beijing issued its own rebuke to Trump – in a cutting editorial of 1000 Chinese characters from Xinhua, the official news agency.

“Trump is quite a personality, and he likes to tweet,” said the Xinhua response issued late Monday and widely displayed on Chinese news websites. “But emotional venting cannot become a guiding policy for solving the nuclear issue on the peninsula,” it said, referring to the divided Korean Peninsula.

The United States, it said, “must not continue spurning responsibility” for the volatile standoff with North Korea, “and even less should it stab China in the back.”

The unusually personal nature of the editorial, together with comments delivered earlier that day by China’s ambassador to the United Nations in New York, show North Korea is becoming the main dispute threatening to tear at Trump’s initially friendly relationship with his Chinese counterpart, Xi Jinping.

“I am very disappointed in China,” Trump declared on Twitter on Sunday, after North Korea tested an intercontinental ballistic missile in defiance of U.N. sanctions.

Despite China’s big trade surplus with the United States, he continued in a second tweet, “they do NOTHING for us with North Korea, just talk.”

China’s rebuke to Trump did not use exclamation marks.

I am very disappointed in China. Our foolish past leaders have allowed them to make hundreds of billions of dollars a year in trade, yet…
— Donald J. Trump (@realDonaldTrump) July 29, 2017

…they do NOTHING for us with North Korea, just talk. We will no longer allow this to continue. China could easily solve this problem!
— Donald J. Trump (@realDonaldTrump) July 29, 2017

But the Xinhua editorial broke with Beijing’s usual public reticence when Trump has taken China to task over trade imbalances, territorial disputes in the South China Sea, Taiwan and other sources of tension.

“Taking out this outrage on China is clearly finding the wrong target,” it said, warning such broadsides could be dangerous.

“What the peninsula needs is immediately stamping out the fire, not adding kindling or, even worse, pouring oil on the flames,” Xinhua said.

The tensions could, it said, “evolve into a localised conflict, or even the outbreak of war, with unthinkable repercussions.”

A US military source reportedly claimed yesterday that Pyongyang’s submarine force had been carrying out “highly unusual and unprecedented levels” of activity.

The defence official told CNN that three “ejection tests” were carried out on land at Sinpo Naval Shipyard in July. Another test was carried out earlier this year at the base, which is the headquarters of the Maritime Research Institute of North Korea’s Academy of National Defence Science.

An ejection test is designed to assess the cold-launch system which is required to propel a missile away from its tube on the submarine before the missile engine ignites, so protecting the boat.

The ground-based tests also coincide with a North Korean Romeo-class submarine carrying out “unusual activities” off the east coast of the peninsula for at least one week in late July.

Meanwhile, a senior White House official said Trump is close to a decision on how to respond to what he considers China’s unfair trade practices,

Trump is considering encouraging US Trade Representative Robert Lighthizer to initiate an investigation of Chinese trade practices under the 1974 Trade Act’s section 301, the official said.

Chinese diplomats and the state news media have consistently argued that Washington and its allies should not rely so much on China to defuse tensions created by North Korea’s growing nuclear weapons and missile capabilities. On Friday, North Korea tested a ballistic missile that experts have said could have the range to hit California.

US Secretary of State Rex Tillerson has turned up pressure on China to help isolate and cajole North Korea.

“China and Russia bear unique and special responsibility for this growing threat to regional and global stability,” he said in a statement after the launch.

In addition, the Pentagon will conduct a test of its intercontinental ballistic missile system on Wednesday, defence officials said, a move that is bound to raise questions about the Trump administration’s intentions.

Defence officials had scheduled the missile tests months ago, but the timing of the test is nonetheless expected to be noted in Pyongyang and Beijing. It is planned a day after Tillerson said the United States was not seeking regime change in North Korea and would be willing to talk to Pyongyang.

But, he added, “You are presenting an unacceptable threat to us, and we have to respond. And we hope that at some point they will begin to understand that and we would like to sit and have a dialogue with them.”

The Chinese government argues that North Korea will not back down and return to negotiations over its weapons programs unless the United States and its northeast Asian allies, South Korea and Japan, take conciliatory steps. In particular, China has proposed that North Korea freeze its nuclear and missile programs in exchange for a halt to major military exercises by US and South Korean forces on the Korean Peninsula and off its coast.

As the tensions with North Korea have escalated, Trump has often treated Xi in public as a friend who was valiantly, though unsuccessfully, trying to bring North Korea around. “At least I know China tried!” Trump said on Twitter in June.

Now that friendly facade appears to be cracking. But Trump also has a long record of harsh criticisms of China, stretching back to his election campaign and much earlier. “China controls North Korea,” he said in 2013. “They are using the Norks to taunt us,” he said, using slang for North Koreans.

The Chinese ambassador to the United Nations, Liu Jieyi, said on Monday that it was up to the United States and North Korea to find a solution to the current stand-off, not China.

“People talk about China a lot,” he said at a news conference to mark the end of China’s July term in the rotating presidency of the UN Security Council. “If the two principal parties refuse to move toward what is required by the Security Council resolutions – de-escalation of tension, negotiations to achieve denuclearisation and peace and stability and also resume dialogue — then no matter how capable China is, China’s efforts will not yield practical results because it depends on the two principal parties.”

He said that China had upheld UN sanctions against North Korea, while Pyongyang and Washington were heightening tensions by carrying out missile tests and the US side was raising the prospect of new, unilateral sanctions and even the potential for military strikes.