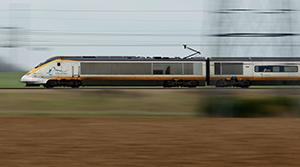 The economy of the 19 countries that make up the eurozone has shown robust growth in the second quarter, according to Eurostat figures.
Eurozone GDP rose by 0.6 percent in the three months to June against the same period in 2016, in line with analysts’ expectations.

At the same time, a year-on-year growth jumped to 2.1 percent from 1.9 percent, marking the best level in five years.
In annualized terms, the eurozone economy accelerated by 2.3 percent in the second quarter after a two percent rise in the first three months of the year, according to Eurostat.
The agency figures showed unemployment across the bloc dropping to a nine-year low of 9.1 percent during the period.
The stronger state of the economy reportedly backs plans by the European Central Bank to start toughening monetary policy in the fall, despite annual inflation of 1.3 percent, which is below the ECB target of just under two percent.
“The ECB expects solid, broad-based growth in the period ahead, and it’s pretty likely this will happen. They will welcome these numbers, but the focus will be on core inflation – whether it picks up and how fast,” said Holger Sandte, chief European analyst at Nordea Markets in Copenhagen, as quoted by Bloomberg.
The agency will release updated estimates of eurozone GDP growth on August 16 with final data to come on September 7.