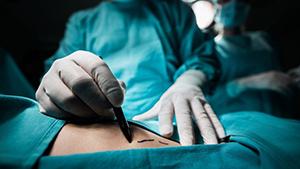 The FDA currently estimates that one in three Americans will develop type 2 diabetes over the course of their lifetime, and as of 2014, there were 29.1 million Americans living with diabetes. That’s nearly 10 percent of the U.S. population.

HOW TO ENJOY AROMATHERAPY SAFELY

Though not all type 2 diabetics are overweight (an estimated 15 percent aren’t), the disease is closely connected to weight gain, so it’s not surprising that a significant number of people who are interested in liposuction, a cosmetic surgery that removes fat cells from target areas, are patients with diabetes.

Liposuction is a surgical procedure in which fat cells are sucked out of a specific area of the body using a straw-like instrument and a vacuum. There’s only a certain amount of fat that can be safely removed, and the surgery is meant to be strictly cosmetic. It’s not currently recommended as a treatment for obesity or diabetes (though more research is needed in this area), and weight gain after the procedure is possible and can change the results.

Researching whether or not liposuction is safe for diabetics can be confusing because there are conflicting recommendations. Sometimes diabetes is listed as an outright contraindication for the surgery, meaning that it’s considered too dangerous for patients with diabetes, but in practice most physicians consider liposuction safe for diabetics if certain conditions are met.

If you have diabetes and want this procedure, there are several safety concerns you should be aware of. One is that any surgical procedure has higher risks for people with diabetes. Diabetes increases the risk of post-operative infection and slows healing time. Also, blood sugar levels may be difficult to control in the post-operative period. Blood sugar levels can be impacted by the nausea and vomiting that often follows general anesthesia and by lack of activity during the recovery period.

Many doctors consider people with well-controlled diabetes who haven’t experienced kidney problems good candidates for liposuction. Surgeons work closely with diabetics to help keep the surgery as safe as possible, often ordering extra blood work before the procedure, and most agree that if your diabetes is tightly controlled, you probably have very little extra risk.

A less invasive option that may be a good alternative for some diabetics is a relatively new procedure called smart lipo. For smart lipo a laser is used to break down fat cells underneath the skin, and then the liquidated fat is drained through a small incision. If usually doesn’t require general anesthesia, and recovery times are minimal compared with those of traditional liposuction. Smart lipo may be a good option for people with diabetes who are concerned about surgery or whose diabetes is less controlled.

HOW TO ENJOY AROMATHERAPY SAFELY

Whether or not you have diabetes, liposuction is typically only recommended for people who have already tried to change the appearance of target areas with diet and exercise. Lifestyle changes are the most effective and long-lasting way to make changes to the contours of your body, and they come with the added benefit of improved health. Liposuction is typically only recommended to target excess fat in stubborn areas that doesn’t respond to exercise or diet.

If you have diabetes, the best thing you can do for your health is to work with a doctor to get your blood sugar under control, whether you’re considering elective surgery or not. If you have any questions about diabetes or whether or not you’re a good candidate for liposuction, please consult with your doctor.