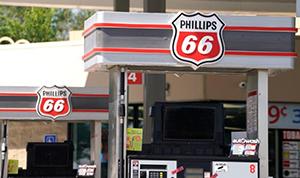 Marianna Parraga and Erwin Seba
HOUSTON (Reuters) – Venezuela’s supply of heavy crude to U.S. independent refiner Phillips 66 has dropped by more than two-thirds this year in part due to quality problems, and the company has cancelled at least one cargo in recent months, according to sources from state-run oil company PDVSA.

Phillips 66 (PSX.N) has also asked for price discounts for other shipments of Venezuelan crude, according to the sources.

Venezuela’s heavy crude supply to Phillips 66’s Sweeny refinery in Texas fell to 33,500 barrels per day (bpd) in June from 105,000 bpd in January, according to Thomson Reuters Trade Flows data. The contract between Phillips and Venezuela’s PDVSA allows a maximum supply of some 170,000 bpd.

The Merey crude Phillips 66 typically receives from Venezuela has to be processed before shipping to remove its high content of salt and metals. But operational problems at Venezuela’s Orinoco Belt have changed the quality of some grades for exports, one of the sources said.

Phillips 66 declined to comment on “matters that are commercially sensitive.”

The declining quality of Venezuelan crude comes as output has been falling and a growing number of Venezuela’s barrels have been used to pay for loans from Russia and China. That has reduced supplies to PDVSA’s commercial customers, mainly in the United States, which in May imported 767,000 barrels of crude and fuels from Venezuela daily.

Venezuela is a key source of heavy sour crude supplies for U.S. refiners.

Phillips processed less heavy oil at its nine refineries in the second quarter, the company said in a conference call on Tuesday. Chief Executive Greg Garland cited operational disruptions in Venezuela, along with reduced supply from Middle Eastern producers and problems with Canada’s oil sands for the decline.

Venezuela’s weak oil exports are one reason why U.S. refiners are shifting away from heavy crude. Some firms are also trying to lessen the potential impact on their businesses in case the United States imposes sanctions affecting supplies from Venezuela following the nation’s controversial vote to give more power to unpopular President Nicolas Maduro.

So far, the United States has not targeted Venezuela’s energy industry, instead imposing sanctions on Maduro himself and several other officials.

PDVSA’s unit in the United States, Citgo Petroleum; Valero Energy (VLO.N); Chevron Corp (CVX.N); and Phillips 66 were the largest importers of Venezuelan crude in the first half of the year, according to Reuters data.

Reporting by Marianna Parraga and Erwin Seba in Houston, with additional reporting by Alexandra Ulmer in Caracas; Editing by Sandra Maler