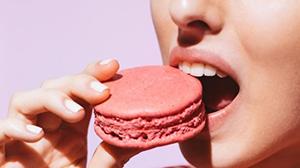 In a “quite remarkable” new study, researchers from Monash University have found a “switch” that tells the body to either burn or store fat after we have eaten.

Researchers have known for some time that there are two types of fat: white fat, which stores energy, and mitochondria-packed brown fat, which burns energy. It is also known that white fat can convert to a brown-like state and adults with more brown fat are typically leaner.

What researchers have not understood is the physiological context in which that process occurs.

In the new study, published in Cell Metabolism, researchers showed that after eating a meal, the brain in mice responds by promoting the browning of fat to burn the energy. After fasting however, the brain responds by signalling to the body to store the fat. The process is designed to prevent excess weight gain or weight loss, maintaining what is known as energy homeostasis.

“What we’ve shown is that it is critical in terms of coordinating energy expenditure response to feeding and fasting,” said lead researcher Professor Tony Tiganis from the the Metabolic Disease and Obesity Program at Monash. “Feeding promotes the conversion of white fat to brown fat – to expend energy – and fasting converts it back into white fat to store energy.

“In obese mice, this switch in the brain that allows energy to be expended in response to feeding is broken. The switch stays on all the time, which means you’re repressing brown all the time.”

Tiganis said they still need to investigate what causes the switch to break, but says it “potentially” sheds light on why some people respond to the same diet differently.

He believes that whether the mechanism works or not is “probably multi-factorial”.

“We’ve shown that in response to a fast the stress hormone – cortisol in humans – is involved with turning the switch on to suppress browning and promote energy storage, so elevated levels of stress hormone may contribute to the repression of browning,” Tiganis explained.

He adds that for mice on a regular or high-fat diet, the “switch” stopped working when the mice put on weight and became obese.

“What we do know is that if we correct the switch, while the mice continue to eat a high-fat diet, they start to lose weight because they’re turning on browning and expending energy, which I think is quite remarkable – the therapeutic potential of this approach,” Tiganis said.

While translating the findings to treatments for humans is at least 10 years off, such research helps to unravel a complex problem; an epidemic of obesity that affects more than 60 per cent of Australian adults and is implicated in many diseases including cardiovascular disease, Type 2 diabetes, liver disease and several cancers.

“In humans there is a link between if you overeat you burn more energy, and if you fast you burn less energy, that’s why fasting per se doesn’t really work in a diet because you eat less but you burn less as well,” Tiganis said. “That fundamental mechanism that we have shown is regulated by the brain in response to the hormone insulin and it’s orchestrated by this white/brown phenomenon. So the potential of what we’ve discovered in mice is pertinent to humans.”

As researchers continue to understand the mechanisms that operate to control body weight, he says humans still need to focus on the basics.

“You need to exercise and you need to limit food intake. It’s a balance and if you exceed the ability of this brown to expenditure you will put on weight,” Tiganis said.

But we also need to appreciate that these are not the only factors influencing our weight.

“Obesity is a lot more complex than people just overeating and not exercising, the mechanisms that normally operate and should maintain our bodyweight go awry and contribute to weight gain and the overall obesity epidemic,” he explained. “We should be focusing on understanding how this homeostasis mechanism normally operates in order to come up with drugs and approaches to treat obesity.”