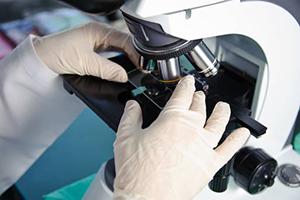 Deena Beasley
US scientists have succeeded in altering the genes of a human embryo to correct a disease- causing mutation, making it possible to prevent the defect from being passed on to future generations.

The milestone, published this week in the journal ‘Nature’, was confirmed last week by Oregon Health and Science University (OHSU), which collaborated with the Salk Institute and Korea’s Institute for Basic Science to use a technique known as CRISPR-Cas9 to correct a genetic mutation for a heart condition.
Until now, published studies using the technique had been done in China with mixed results.
CRISPR-Cas9 works as a type of molecular scissors that can selectively trim away unwanted parts of the genome, and replace it with new stretches of DNA.
“We have demonstrated the possibility to correct mutations in a human embryo in a safe way and with a certain degree of efficiency,” said Juan Carlos Izpisua Belmonte, a professor in Salk’s Gene Expression Laboratory and a co-author of the study.
To increase the success rate, his team introduced the genome editing components along with sperm from a male with the targeted gene defect during the in vitro fertilisation process. They found that the embryo used the available healthy copy of the gene to repair the mutated part.
The Salk/OHSU team also found that its gene correction did not cause any detectable mutations in other parts of the genome – a major concern for gene editing.
Still, the technology was not 100pc successful – it increased the number of repaired embryos from 50pc, which would have occurred naturally, to 74pc.
The embryos, tested in the laboratory, were allowed to develop for only a few days.
“There is still much to be done to establish the safety of the methods, therefore they should not be adopted clinically,” Robin Lovell-Badge, a professor at London’s Francis Crick Institute who was not involved in the study, said in a statement.
The latest research involved a gene mutation linked to hypertrophic cardiomyopathy, the most common cause of sudden death in otherwise healthy young athletes. It affects around 1 in 500 people.
Salk’s Izpisua Belmonte, emphasising that much more study is needed, said the most important practical application for the new technology could be in correcting genetic mutations in babies either while they are still in utero or right after they are born.