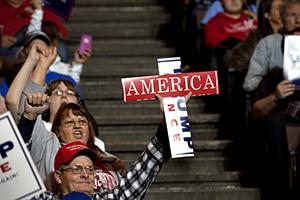 Ross Douthat – The New York Times
In 1892, Pope Leo XIII addressed a letter to the Catholics of France. For a century French politics had been divided between mostly Catholic monarchists and mostly anticlericalist republicans, and the church had championed royalists against the secular republic. But now the pope urged French Catholics to take a different approach — to rally to the republic, a strategy called “ralliement,” and work through republican institutions to protect the church’s liberties and promote the common good.