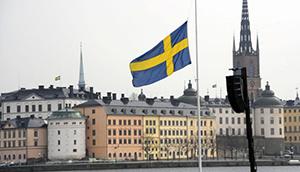 By TM
Abdullah Bozkurt
In what is seen as a deliberate and systematic pattern, Turkey’s Islamist government continues to fail in cracking down on jihadist networks including al-Qaeda and the Islamic State in Iraq and the Levant (ISIL) as militants attempt to find their way to Europe and other countries, with a special focus on migrant-friendly countries like Sweden.