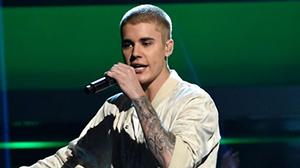 Justin Bieber has confirmed he is taking a career break in order to focus on living a more “sustainable” lifestyle.

The announcement came just weeks after Bieber attended a Hillsong conference in Australia, with rumours swirling that the 23-year-old wants to take a step back from music in order to focus on his faith and potentially start his own church.

In an emotional message to his fans, Bieber wrote on Instagram that growing up while touring the world hasn’t been easy, but “knowing I’m not alone has kept me going”.

“I have let my insecurities get the best of me at times,” he said. “I let my broken relationships dictate the way I acted towards people and the way I treated them. I let bitterness, jealousy and fear run my life.”

The Canadian pop star said he hoped putting his career on hold would allow him to become face up to his past mistakes and learn from them.

“[This is] so that I can be the man I want to be, the husband I eventually want to be and the father I want to be. I’m not expecting anyone to understand, but I do want people ot have an opportunity to know where I am coming from.”

Earlier this year Bieber was criticised for his unenthusiastic performances in Australia – as well as his bizarre treatment of adoring fans.

While Bieber cut his latest world tour short, he told fans the shows he did play were “unbelievable” and taught him “so much”.