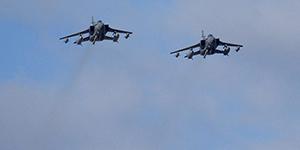 Raqqa, SANA – Warplanes of the US–led coalition committed a new crime in Raqqa city, claiming the lives of eight people, including a woman and seven children, in addition to injuring others.

Local sources told SANA that the coalition’s aircrafts shelled a number of residential areas in Raqqa city Thursday night, killing seven children and a woman of one family and injuring a number of other civilians, in addition to causing material damage to the locals’ houses and their properties.

The sources noted that the coalition’s airstrikes also carried out 44 raids during the past 48 hours on Raqqa city, targeting residential buildings in al-Imam al-Nouri Mosque and al-Thukneh neighborhoods and al-Badou quarter, leaving civilian casualties.