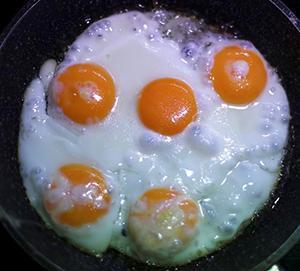 FRANKFURT (Reuters) – Discount supermarket chain Aldi is withdrawing all eggs from sale at its more than 4,000 stores in Germany as a precaution, it said on Friday, as a scare over the possible contamination of eggs with insecticide spreads.

Traces of insecticide fipronil were found in eggs in Belgium and the Netherlands last month, which has led to the temporary shut-down of some poultry farms and to supermarkets halting the sale of eggs from the Netherlands.
Fipronil is considered by the World Health Organization to be moderately toxic, with high doses leading to feelings of nausea and dizziness. Very large quantities can cause damage to the kidneys, liver and lymph glands.
Investigators suspect the chemical may have gotten into eggs through a contaminated detergent against mites called Dega 16 that is used to clean barns, and criminal investigations have been launched in both Belgium and the Netherlands.
The Netherlands is the world’s second-largest agricultural exporter after the United States and sells around 5 billion eggs a year to Germany.
The detergent was also supplied to farms in the northern German state of Lower Saxony, from where eggs were distributed across the country, Lower Saxony’s agriculture ministry said.
Dutch food safety watchdog NVWA said this week only a limited type of egg, recognizable by specific serial numbers, posed a risk.
An egg is pictured in this illustration photo in Berlin, Germany, August 4, 2017.Hannibal Hanschke/Illustration Photo
Nonetheless, around 180 poultry companies in the Netherlands have been temporarily closed, and some firms have culled their flock.
A number of supermarket chains including Germany’s REWE and Penny have taken Dutch eggs off their shelves. Aldi is the first major retailer to stop the sale of eggs altogether, regardless of origin.
“This is merely a precaution, there is no reason to assume there are any health risks,” Aldi North and Aldi South, the two operators of Aldi stores, said in a joint statement on Friday.
Slideshow (7 Images)
Aldi South’s 190 stores in Switzerland have stopped the sale of imported eggs, Aldi Suisse said in a separate statement.
The Dutch organization of food retailers CBL said on Friday all possibly contaminated eggs would be removed from the shelves of supermarkets in the Netherlands.
Albert Heijn, the country’s largest supermarket chain, said it had removed two thirds of the 38 different kind of eggs it normally sells. The company, part of Ahold Delhaize, said it could not yet estimate the cost of the move.
Public prosecutors in Belgium and the Netherlands are investigating poultry service providers that are suspected of having added Dega 16 to their products, the European Commission said, without providing further details.
“It is for the national public prosecutors to take these cases forward,” it said.
Reporting by Maria Sheahan; Additional reporting by Robert-Jan Bartunek, Francesco Guarascio, Charlotte Steenackers, Bart Meijer, Matthias Inverardi and Michael Shields; Editing by Jane Merriman and Mark Potter