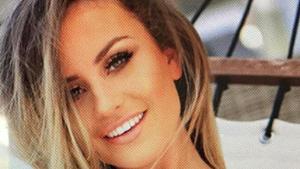 FoxNews.com
British model Chloe Ayling spoke out for the first time Sunday about her kidnapping ordeal.

A 30-year-old Polish man lured the glamourous model to a fake photo shoot in Milan last month before drugging her and holding her so that she could be auctioned off online, investigators said.
Speaking from her London home Sunday, Ayling told The Sun: “I’ve been through a terrifying experience. I’ve feared for my life, second by second, minute by minute, hour by hour.”
Lukasz Pawel Herba, who has British residency, was arrested July 18 and jailed for investigation of suspected kidnapping for extortion purposes.
Ayling said she was grateful to the Italian and British authorities for all of their assistance in securing her release.
Ayling said that during her kidnapping she was told that “all girls are for the Arab market, and when the buyer gets fed up of a girl bought at auction, he can gift her to other people, and when of no interest anymore, feed her to tigers.”
The woman had arrived in the city on July 10 and was supposed to do the photography session the next day. A photographer had booked the session through the model’s agent, but as soon as Ayling stepped inside the Milan apartment for the appointment, she said she was attacked by two men.
“A person with black gloves placed a hand over my mouth from behind while a second person wearing a balaclava gave me an injection in my right arm,” said Ayling.
“I believe I lost consciousness because when I woke up, I was wearing just my pink undershirt made of chenille, and the socks I am now wearing, and I realized I was in the coffin of a car, my ankles and wrists in handcuffs, with a black tape covering my mouth, inside a bag where there was just a small hole in the zipper that allowed me to breathe,” the model told The Sun.
Police suspect Herba advertised the “sale” of the woman online, while at the same time demanding ransom from the woman’s agent of more than $300,000.
The suspect was arrested the day after he allegedly released the woman and dropped her off at the British consulate in Milan.
Milan daily Corriere della Sera reported the kidnapper let her go because he discovered she had a child and considered her unsuitable for the sex trade. But police spokesman Lorenzo Bucossi told reporters it was unclear why the woman was released.
Authorities said as far as they know, no ransom was paid. An investigation is being conducted in Poland and Britain as well as in Italy. Investigators are trying to determine if the suspect had accomplices and was mainly after ransom, or was trying to defraud someone who might have been willing to pay money online for the woman, police said.
They didn’t identify the model’s agent.
The Associated Press contributed to this report.