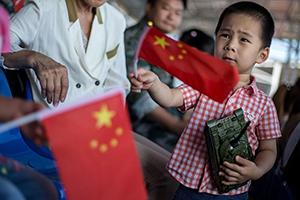 The spread of its global economic influence is slowing sharply.
by Michael Schuman

The fall from grace of China’s Anbang Insurance Group Co. Ltd. continues to get steeper. Not long ago, the mysterious firm was chasing one foreign deal after another, becoming a symbol of China’s global economic ambitions. Now it appears the government may be pressuring Anbang to divest those prized foreign assets. If that proves to be the case, China will have given foreign businessmen yet another reason to be wary of working with Chinese companies: the uncertainty of an erratic, intrusive state meddling in private financial affairs.
But the Anbang case is also part of something bigger, and for China’s economic future, scarier. In just about every category, China’s rise into a global economic superpower has stalled. And the Chinese government sits at the heart of the problem.
Most people around the world still seem to believe China’s ascent is relentless and inevitable. A recent survey by the Pew Research Center showed that while more of those polled still see the U.S. as the world’s leading economy, China is quickly narrowing the gap. Chinese President Xi Jinping has been feeding that positive image by presenting his country as a champion of globalization, trade and economic progress.
Statistics tell a different story. The common perception is that China is swamping the world with exports of everything from mobile phones to steel to sneakers. In fact, the entire Chinese export machine is sputtering. Between 2006 and 2011, China’s total merchandise exports nearly doubled, powering the country through the Great Recession. Since then, they’ve increased less than 11 percent, according to World Trade Organization data.
The same trend holds for China’s currency. In late 2014, the renminbi broke into the top five most-used currencies for global payments, reaching an almost 2.2 percent share. China seemed well on the way to achieving its long-stated goal of turning the yuan into a true rival to the dollar. But that progress has reversed. In June, the renminbi chalked up only a 2 percent share, according to Swift, slipping behind the Canadian dollar.
The situation isn’t very different in China’s capital markets. While the government has cracked open its stock and bond markets to foreign investors, they still prefer buying Chinese shares listed in Hong Kong or New York to those in Shanghai or Shenzhen. For instance, domestically traded A-shares in a China equities fund managed by Zurich-based GAM account for less than 10 percent of its holdings.
In part, China is simply running into the difficult transition every country faces when losing its low-cost advantage. Facing stiff competition from countries like India and Vietnam, where wages are lower, China is losing ground in apparel and textile exports to the United States. Meanwhile, the Chinese economy isn’t replacing these traditional exports with new, high-value ones quickly enough. For example, in 2016, China exported 708,000 passenger and commercial vehicles, a sharp deterioration from the more than 910,000 shipped abroad in 2014.
Rather than boosting China’s global expansion, government policy is holding it back. The renminbi remains a sideshow in currency markets because the state can’t stop fussing with its value. In May, the central bank actually reversed its stated policy to liberalize the renminbi’s trading and imposed more control. Investors haven’t forgotten the heavy hand Beijing employed to try to quell a stock market collapse in 2015, leaving them wary of exposing themselves to Chinese shares.
Nowhere is the disconnect between China’s global ambitions and actual policy greater than with the government’s interference in overseas direct investment. For a while, officials were encouraging big companies to shop abroad, resulting in a surge of deal-making by firms like Anbang. That led to a debt-crazed buying binge. Having created the problem, the government then stepped in to “fix” it, by suddenly changing course and clamping down on foreign deals. According to the American Enterprise Institute, China’s offshore investment still grew by 9 percent in the first half of 2017, but only because of one giant deal — state-owned China National Chemical Corp.’s acquisition of Syngenta AG. Take that one out, and overseas investment would have fallen by about a third.
The root cause of China’s global stall is this continued inability to let markets be markets. Meddling in the allocation of finance has ensured that much-needed capital gets gobbled up by the politically connected, not the competitive. Then the government tries to rectify the damage with more government. In an effort to rejuvenate exports, China has unleashed a subsidy-rich industrial program to upgrade its manufacturing called “Made in China 2025.” To help companies expand around the region, the government has cooked up the Belt and Road Initiative, an infrastructure-building scheme that looks to many like a boondoggle.
The fact is that Chinese companies will face enough trouble transforming into global players — with the brands, technology, financial savvy and management expertise to battle it out with the world’s best — without bureaucrats intruding. Anbang may or may not be an overleveraged neophyte that bit off more than it could chew. The point is that China would be better served letting the market decide.
This column does not necessarily reflect the opinion of the editorial board or Bloomberg LP and its owners. 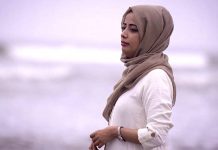 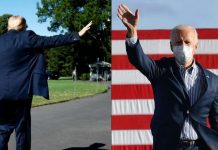 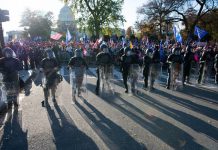