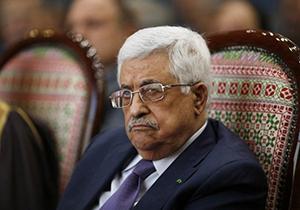 “The allegations are incorrect,” the Israeli Prime Minister’s Office responded.
A senior Palestinian source told The Jerusalem Post’s sister publication Ma’ariv that Abbas’ inability to leave Ramallah stems from Israeli sanctions imposed on the Palestinian leader after “failures” regarding the Temple Mount incident — and not from diminishing security cooperation with Israel, as alleged by Abbas’s spokesmen and advisors.

The official line adopted by the Palestinian Authority, in particular by Abbas’s spokesman Nabil Abu Rudeinah, is that “the leader will not leave Ramallah due to the freezing of links with Israel.”

This propaganda-like message is being used to cover up the sanctions imposed by Israel on the Palestinian Authority, the source told Ma’ariv.

Abbas, currently unpopular on the Palestinian street, emerges weaker from this incident.

Firstly, sanctions imposed by Abbas on Hamas, and on the Gaza Strip with regards to electricity payments, demonstrate to most Palestinians that Abbas is a “partner of Israel in the blockade of Gaza”.

Secondly, Israel’s ramping-up of sanctions, which have turned Abbas into a so-called “prisoner” in Ramallah, have forced the Palestinian leader to undergo “routine medical checks” in Ramallah and not, as he prefers, in the Jordanian capital, Amman.

Israel refused to allow Abbas to travel to neighboring Arab states following the Temple Mount crisis, according to Palestinian sources. But Israel did allow associates of Abbas’ to leave the West Bank, sources said.

Israel has refused to comment Abbas’ inability to leave Ramallah.

American sources relayed to Abbas’s offices that “the refusal relates to comments made by Abbas, considered incitement, with regards to a ‘day of rage’ following the removal of metal detectors at the Temple Mount.”

Other reports noted that Abbas cut short his trip to China and returned to Ramallah following an Israeli request in order to calm Jerusalem tensions.

The official Palestinian Authority news site Wafa noted that Abbas did not schedule any important meetings on July 21, the height of the Temple Mount crisis. Abbas only sent condolences to those killed in the violence and telephone calls were limited to internal society matters rather than political interests.

Now, with the impending arrival of King Abdullah of Jordan to Ramallah, Abbas is hopeful that the Israeli sanctions will end. Palestinian sources emphasized that one of the topics to be discussed by the leaders during their three-hour meeting, apart from the al-Aksa mosque, is Israel’s limitation of Abbas’s movement.

The editor of Palestinian news agency Ma’an, Nasser Laham, described the meeting between the two leaders as a summit of two leaders wounded by Israel, both searching for a mutual line of defense. Abbas does not consider Israel to seriously be interested in a two-state solution, and the King of Jordan, damaged by Netanyahu’s conduct, is not interested in adding three million West Bank-based Palestinians to his kingdom.