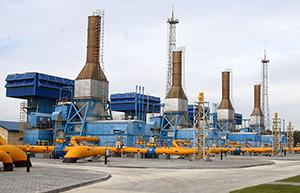 Poland will extend the contract for the transit of Russian gas to Germany via the Yamal-Europe gas pipeline, if “Russia offers a much lower price than today”, Witold Waszczykowski said

MOSCOW, August 7. /TASS/. Poland is ready to continue buying Russian natural gas on condition that the price is competitive, Polish Foreign Minister Witold Waszczykowski said in an interview with Kommersant business daily.
Poland will extend the contract for the transit of Russian gas to Germany via the Yamal-Europe gas pipeline, which expires on January 1, 2020, if “Russia offers a much lower price than today”, the Polish minister said.
“We are ready, however, to continue buying gas from Russia, but at a competitive price,” he said.
Waszczykowski also noted that in the near future Poland’s dependence on Russian gas may decrease.
“In five years we will be at least less dependent on Russian gas, and maybe even independent of it, we can cover a third of our needs with our own production, another third we expect to receive through the LNG terminal (LNG) The remaining volume we expect to receive through a gas pipeline from Norway,” the Polish Foreign Minister said.
In July, Higher Regional Court of Dusseldorf lifted provisional measures which limited Russia’s Gazprom’s access to the OPAL gas pipeline following Poland’s claim.
Earlier in July, the European Court of Justice lifted the provisional measures that were taken as part of Poland’s claim.
In October 2016, Gazprom managed to agree with the European Commission on using 100% of OPAL capacity. Before that, the Russian company was allowed to use it only by 50%.
Exclusion of 50% OPAL capacities from the Third Energy Package gave Gazprom the right to get quotas for another 40%. In December 2016, Gazprom began to increase the pipeline throughput by purchasing capacities at auctions.
However, Polish energy company PGNiG and the Polish government appealed against the decision of the European Commission to the European Court. As a result the decision to expand the access of Gazprom to OPAL pipeline was suspended.
The auction for gas shipments was held in January but the auction in February was cancelled due to the court’s ban.
Before that, the European Commission stated that its decision to allow Gazprom to use 100% of OPAL capacity was legitimate and in full compliance with the norms of the EU Third Energy Package.
Earlier PGNiG President Piotr Wozniak said that the European court had banned auctions for additional capacities of OPAL pipeline until March 2018. He added that the court in Dusseldorf took similar decision.
OPAL gas pipeline located in Germany, is an onshore extension of the Nord Stream gas pipeline. Its construction was completed in 2011. The pipeline capacity is 36 bln cubic meters of gas per year. Gas is supplied over OPAL to Germany up to the border with the Czech Republic.