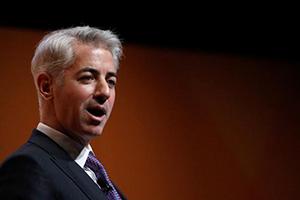 (Reuters) – Pershing Square Capital Management LP proposed three nominees on Monday, including its Chief Executive Officer William Ackman, to serve on the board of Automatic Data Processing Inc, setting the stage for a proxy contest with the human resources outsourcing company.

Ackman’s decision to invest in ADP, which has a market value of about $50 billion, comes as he looks for a big win following money-losing investments in debt-laden drugmaker Valeant Pharmaceuticals International Inc and restaurant chain Chipotle Mexican Grill Inc.

“We are pleased to nominate such superb independent directors to the board of ADP who will bring relevant skills, expertise and judgment to assist the board in achieving ADP’s maximum potential,” Ackman said in a statement.

ADP said in response that it would evaluate Ackman’s nominees “to assess their ability to add value on the board for the benefit of all ADP shareholders.” It added that its current board already “has the right balance of leadership continuity and fresh perspectives.”

ADP is the third-most shorted company in the data processing and outsourced services sector behind Visa Inc and PayPal Holdings Inc, according to data analytics firm S3 Partners, amid concerns that new business bookings are slowing down.

Pershing Square’s nominations represent a big bet by the activist hedge fund that it can muster enough ADP shareholder support to secure board representation, and that it can boost the company’s performance significantly so that its shares in the company will become more valuable.

However, early reaction by analysts on Monday indicated that Pershing Square may struggle to convince ADP shareholders that its board director nominees have the answers to the issues facing ADP, such as how to transition its business to the cloud more effectively.

“(Pershing Square’s) is not a board slate that will likely have high impact on ADP. These nominees don’t seem to have deep expertise in the areas in which the company needs to make significant improvements,” said Erik Gordon, a professor at the University of Michigan’s Ross School of Business.

Reuters first reported on the nominations earlier on Monday based on a source familiar with the matter, who also said that Pershing Square would not call for the ouster of ADP’s CEO Carlos Rodriguez, but would indicate it is happy to work with the company’s management as long as it was open to significant changes at ADP.

ADP suggested last week that Pershing Square wanted to assume effective control of the company by seeking five board directors. The three-director slate would give Pershing Square significant influence at the company, but not control.

Ackman was facing an Aug. 10 deadline to put forward board directors after ADP denied his request to extend it by as much as 45 days.