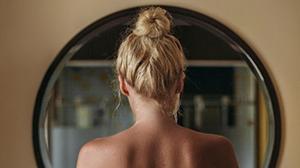 When I read about the Mayfield-based masseur who took photos of his female clients to post in a secret Instagram group, I felt a little sick.

And I nodded in agreement when a former client of his talked about not wanting to speak up when he gave her a full body massage after requesting only a neck massage.

She said she felt he was the expert so what he was doing must be “normal”. I had the same experience several years ago when an unregistered therapist “massaged” my breasts.

I wanted him to stop but I remained silent. I was the “patient” and he was the health professional. And this wasn’t the first time this had happened to me.

Years later when it happened again with the massage therapist, I was too shocked to speak up.

This wasn’t the same as feeling ripped off for poor value, or not wanting to complain over a bad haircut. I was naked and vulnerable and these men preyed on that.

For years, I questioned who was in the wrong: them for touching me, or me for not speaking up?

“There’s an inbuilt trust we have of a specialist, a health professional or a massage therapist,” says Matt Garrett, psychologist at Relationships Australia NSW. “The patient-clinician relationship is based on implicit power. The health professional has more skill and knowledge, that’s why we go to them.”

Nessar is accused of sexually assaulting the young trainee gymnasts during medical treatments. The women, who were teenagers at the time, said they were too young to understand that what he was doing was wrong (touching breasts is among the complaints).

I wasn’t a teenager when my incidents happened, I was more than 30 years old. Should I have known better? Should I have stopped it? What does this say about me?

Garrett says there are many factors that may prevent someone from speaking up in these situations but gender most likely plays a part.

“The differentials of power just in terms of gender and position, even if you’re not undressed, are strong. You’re vulnerable when receiving a massage or a treatment from a health professional. It requires a huge amount of trust.

“As a society we [want] to think that men and women are equal and there’s no such thing as hierarchy but we’re not there yet. I think your experience says a lot about male entitlement. We do live in a patriarchal society, where some men see women as objects that they can do whatever they like to,” he says.

In 2016, there were 14 cases of professional misconduct, notifiable conduct or unprofessional conduct in Australia. Tricia Hughes, the CEO of Massage and Myotherapy Australia, formerly known as Australian Association of Massage Therapists (AAMT) says this is low compared to other health-related industries.

“It’s like domestic abuse, people are frightened to speak up. They feel foolish, or guilty or they blame themselves,” says Hughes, who adds “any behaviour that has made you feel unsafe or uncomfortable should be reported to your state’s Department of Health.”

In the AAMT’s 2014 guide for the prevention and management of sexual misconduct, it states that sexual misconduct “encompasses issues of sex, gender, power and communication”, which includes “unnecessary treatment such as breast massage”.

“It is never OK for anyone, even a health professional, to touch without consent and a plausible explanation of their request,” says Garrett.

I was naive to think that a breast massage was OK. I didn’t invite the extra service, but I felt powerless to stop it. I was embarrassed. I regret not speaking up for myself – and others.