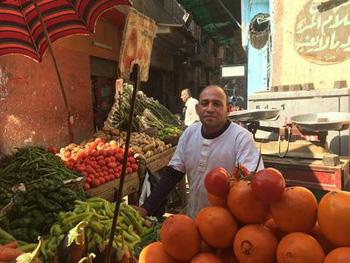 By Ahmed Feteha
Egypt’s budget deficit fell to the lowest level in five years, after the government embarked on an International Monetary Fund-backed plan to repair public finances that includes steep cuts to welfare programs.

The budget gap for the fiscal year ended June 30 shrank to 10.9 percent of gross domestic product from 12.5 percent a year earlier, the president’s office said in an emailed statement. The primary deficit, a measure that strips out interest payments, fell to 1.8 percent of GDP from 3.5 percent.
Egypt’s government has cut subsidies, introduced value-added taxes and curtailed growth in public sector wages as it tried to rein in a budget deficit that spiraled since the 2011 Arab Spring crippled the economy. Investor confidence has soared since the government floated the currency and secured a $12 billion IMF loan in November, and the country’s foreign-currency reserves rebounded to a record last month.
In a separate statement, the presidency said the economy expanded 4.1 percent last fiscal year, and 4.9 percent in the fourth quarter. The trade deficit fell 26 percent, as exports grew 10 percent and imports fell 14 percent, it said. Revenue growth was 28 percent, while expenses grew 22 percent.
The government plans to fully scrap fuel and electricity subsidies over the coming years, forecasting a primary budget surplus in the current fiscal year and an overall deficit of 9.1 percent of GDP. Though the spending cuts have improved state finances, they’ve increased the pressure on the nation’s 93-million residents — half of whom lives under or near the poverty line — who also face inflation running at almost 30 percent.
Earlier on Tuesday, the government tightened access for new applicants to a costly rations card program, which subsidizes foodstuffs for more than 75 percent of the population.