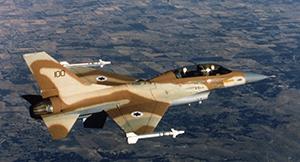 The Israeli Air Forces targeted two posts of the Hamas movement in Gaza Strip, responding to a projectile launched at Israel shortly before, the Israeli Defense Forces (IDF) said on Wednesday.

MOSCOW (Sputnik) — Earlier in the say, the IDF said that a projectile launched from Gaza Strip hit open area in the Ashkelon region of Israel, no one was injured.
“In response, IAF aircraft targeted two Hamas posts in the northern Gaza Strip,” the IDF wrote on Twitter.
The Gaza Strip was seized by Israel during the Arab-Israeli Six-Day War in 1967 along with the Golan Heights, the West Bank and the Sinai Peninsula.
The latest armed conflict between Israel and the Palestinian movement Hamas, considered a terrorist organization by Tel Aviv, took place in summer 2014.