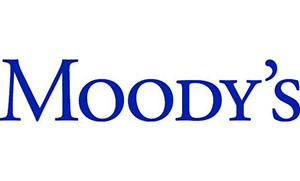 LONDON: Qatar’s dispute with its Gulf neighbors has hit the country’s banking sector as rating agency Moody’s Investors Service changes its outlook from stable to negative.

The agency said that if the current rift between Qatar and its neighboring Gulf countries is prolonged, it could trigger outflows of foreign deposits and other external funding. This could lead to the banking sector’s high liquidity buffers reducing.
“Against this backdrop, Qatari banks’ profitability will likely decline, with return-on-assets declining to around 1.4 percent for 2017, from 1.6 percent in 2016, driven by increases in funding and provisioning costs,” said Nitish Bhojnagarwala, a vice president at Moody’s.
In June, Saudi Arabia and a number of other Arab countries imposed sanctions on Qatar after accusing the Gulf state of supporting extremism and fueling instability in the region. The Arab states say that the sanctions can be lifted if a series of conditions are met. Qatar has so far refused to comply with their demands.
The lack of a resolution and continued uncertainty threatens to undermine Qatar’s economic diversification plans, the report said.
The rating agency said the banking sector’s outlook also worsened due to weakening operating conditions and the continued funding pressures the banks face.
“Qatari banks’ reliance on confidence-sensitive external funding has increased in recent years due to a significant decline in oil-related revenues,” said Bhojnagarwala. “This leaves them vulnerable to shifts in investor sentiment.”
Moody’s expects Qatar’s gross domestic product (GDP) growth to slow to 2.4 percent in 2017, a decline from the high levels of growth of around 13.3 percent recorded between 2006 and 2014. Growth rates will, however, remain among the highest in the Gulf, driven by the high level of government spending ahead of the FIFA World Cup to be hosted in the country in 2022.
The slowing economy, coupled with the regional dispute, will lead to a slight dip in asset quality, the report said. The system-wide problem loans are expected to increase to around 2.2 percent of gross loans by 2018, which compares to 1.7 percent at the end of December 2016, according to Bhojnagarwala.
Despite this increase, non-performing loans will remain among the lowest in the Gulf region into 2018. Continued capital spending by the government to support the economy coupled with regulations on government-related lending will help maintain low levels of NPLs, the report said.