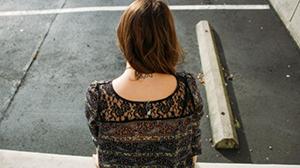 Jane Gilmore
The imminent dismantling of tent city in Sydney’s Martin Place has brought sharp focus to the plight of homeless people in Australia. Lanz Priestly, known as the mayor of tent city, is insisting the people currently sleeping in Martin Place cannot just be moved on if there is nowhere for them to go.

Only about 6 per cent of homeless people in Australia are sleeping rough; the rest are in temporary accommodation, sleeping in their cars or couchsurfing.

And one of the most shocking trends from the data is the increase in homelessness among older women.

The number of women over 50 who are couchsurfing or sleeping in their cars has almost doubled in the past four years. While the numbers reported by HA are relatively low, they only capture the women who have sought assistance from official services. The real number of older women in housing stress, and at imminent risk of homelessness, is staggeringly high.

More than 330,000 single women over 45 in Australia are living in conditions of serious economic stress. And their prospects are not good.

Their wages are likely to go down, not up, as they get older. Their superannuation will not be enough to support them after they retire. If they don’t own their own home, it’s highly unlikely they ever will.

All of which paints a frightening picture for single women as they get older.

Most of it can be explained by the gender pay gap, the disproportionate amount of time women take out of the workforce to care for children, the significant economic hit taken by women after divorce and the cumulative effect all this has on women’s ability to achieve financial security as they get older.

The numbers and statistics are enough to make your eyes glaze over. It’s always difficult to translate percentages of this and proportions of that into real life experiences. But if you put them all together and wrote the story of the average experience for men and women in Australia, it would look something like this:

Andrew and Sophie graduate from university and start work in the same year, but Andrew earns around $48,000 a year and Sophie earns $40,000.

They get married at 26, buy a small house and both work full time for another two years until Sophie gets pregnant. By that time, Andrew is earning around $20,000 a year more than Sophie so it seems to make sense for her to take time off work to look after the baby.

Ten years and two more children later, Sophie returns to work as a part-time receptionist. It’s the only job she can get after 10 years out of the workforce that will still allow her manage school age children. She earns $25,000 a year.

Andrew has had several promotions and is now earning around $100,000 a year.

After another five years, Andrew and Sophie get divorced. They split the superannuation and house equally, Andrew buys a new home but Sophie can’t get a mortgage for a house big enough for herself and three children, so she rents and puts the rest of the money in the bank.

By the time they are both 55, Andrew has paid off his home and Sophie has had to spend most of the money she got in the divorce on living costs.

Andrew can afford a comfortable retirement, Sophie is living a precarious life in rental accommodation she can’t afford and becomes one of the statistics of homeless women in Australia.

What’s needed to change this outcome is a complex interaction of a number of forces. Parents need to move away from outdated gender roles that see men as the breadwinners and women as the carers.

The cost of childcare needs to be considered against the long-term cost of someone leaving the workforce, not just the short term of immediate income and expenses.

Women need to take control of their financial future as much as they can, but there are other factors outside individual control.

The cost and availability of quality childcare has an impact on parents’ ability to return to work; the long-term cost to government and society needs to be considered in taxpayer funding of childcare and after-school care.

And if governments want to reduce welfare costs, reducing the number of women trapped into poverty in old age would be far more effective than drug testing young people looking for work.

Changes to the superannuation system to allow low-income earners and people who have been out of the workforce to catch up on their super in more lucrative times could make an enormous difference.

The cost of failing to change the course of middle-aged and older women’s financial lives could be burdensome for taxpayers, but it will be catastrophic for all the women like Sophie who have been persuaded that their role in society as carers is more important than their ability to care for themselves.
The data Superannuation

The Association of Superannuation Funds of Australia calculates a single person who owns their own home would need a superannuation balance of about $545,000 to retire at 65 and fund a comfortable lifestyle. The 2017 HILDA report shows the number of men and women who retired to live off their superannuation in the past five years is about the same, but the average balance for men was about three times higher than for women.

The gender pay gap is usually calculated by comparing the average earning of men and women working full time. This, however, ignores the gendered reality of most people’s working lives.

There are around 110,000 marriages in Australia each year, and around 48,000 divorces. Nearly half those divorces involve children.

From a detailed study of the economic outcome for men and women after divorce: