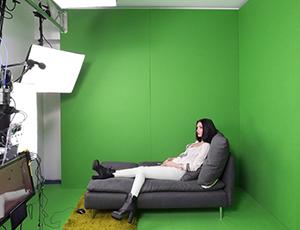 By Linda Pressly -BBC News, Bucharest
Interactive webcamming is the fastest-growing sector of the global pornography business. In Romania, thousands of women work as “cam-girls” from studios and from home. It is a 24/7 market, the majority of clients logging in from North America and Western Europe.