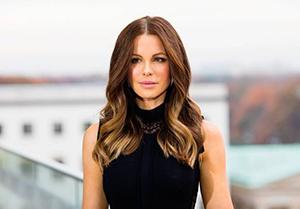 The 44-year-old actress first set tongues wagging in June, when she was spotted kissing the 21-year-old aspiring actor during a date night in Hollywood.
They were then seen getting close a few days later, but sources now say the romance has “fizzled out”.
“They went on a couple of fun dates. It fizzled out weeks ago. She’s happily single and has a lot going on,” an insider confirmed to Us Weekly.
A second source claimed it’s Kate’s commitment to her 18-year-old daughter Lily, who she shares with actor Michael Sheen, and busy work schedule that caused the romance to end.
“Kate is very busy with her daughter and her career,” they said.
While Kate is yet to allude to the alleged split on social media, Matt seems to have hinted at it on his Instagram and Twitter accounts.
Taking to the photo sharing site on Tuesday, he cryptically posted: “Not gonna be on here for a while, stepping away for a minute to figure some stuff out. Will be back in a couple of days after I get some stuff off my mind.”
Director Len Wiseman (L) and actress Kate Beckinsale attend the 2014 LACMA Art + Film Gala honoring Barbara Kruger and Quentin Tarantino presented by Gucci at LACMA on November 1, 2014 in Los Angeles, California. (Photo by Frederick M. Brown/Getty Images)
The day before he also uploaded snap of himself sitting at the bottom of the slide with caption: “When someone doesn’t text you back, but is on IG (Instagram)… so you just sit down and try to figure out how they died and who must’ve hacked their phone.”
Kate has posted numerous Instagram images over the past few days, including a photo of her getting ready for the Big Apple premiere of her new film The Only Living Boy in New York, with the help of her make-up artist Chase Aston, who posed under her skirt for the picture.
Matt also let off steam on Twitter, writing: “You’re not ready for everything.”