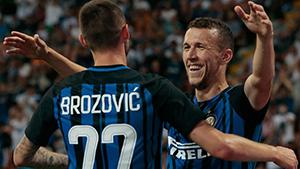 Check out all the latest rumours and gossip from Thursday’s national newspapers.

Monaco are chasing AC Milan striker Carlos Bacca as they face up to the realisation that Kylian Mbappe could quit the club and join rivals Paris Saint-Germain.

Jack Colback could be on his way out of Newcastle with Rafa Benitez pondering leaving the 27-year-old out of his Premier League squad.

Santos are looking to sign veteran striker Robinho from Atletico Mineiro this summer using the money they made from Neymar’s world-record move to Paris Saint-Germain.
DAILY STAR

Chelsea are ready to up their offer to Arsenal for England international Alex Oxlade-Chamberlain to £35m.

Barcelona are set to sign Colombia international defender Yerry Mina from Palmeiras for a fee of £8.1m.
DAILY MIRROR

Republic of Ireland assistant manager Roy Keane is being considered for the role as head coach of Israel’s national side.

Kenedy is set to become Newcastle United’s next signing, a fortnight after he was sent home from Chelsea’s tour of China for his posts on social media. He will join Rafa Benitez’s men on a season-long loan.

Arsenal fear Alexis Sanchez will again push for a move away from the Emirates before the end of August.

Manchester United boss Jose Mourinho still wants to sign two more players before the transfer window closes, with another bid for Inter Milan’s Ivan Perisic on the cards. He also wants to sign another defender, preferably a left-back.

West Ham are preparing a £25m bid for Sporting Lisbon midfielder William Carvalho, previously linked with the likes of Arsenal and Manchester City.

Watford have abandoned plans to sign left-back Kieran Gibbs after being put off by Arsenal’s £16m valuation.

Turkish side Antalyaspor are plotting a bid for Manchester City forward Samir Nasri, who looks set to leave the club before the end of August.
DAILY EXPRESS

Chelsea boss Antonio Conte has ordered the club’s board to sign Barcelona midfielder Sergi Roberto as he looks to increase his squad’s depth.

Conte could also secure the signature of defensive target Joao Cancelo as early as Thursday with a deal to bring the Valencia right-back to London reportedly ‘close’.

Football is being urged to look the dangers brain injuries by the same doctor – Bennet Omalu – who uncovered the health scandal in American Football which led to the award-winning movie Concussion.