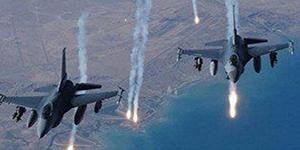 Deir Ezzor, SANA – 19 civilians were killed and others got injured in Deir Ezzor countryside in an aggression launched by the warplanes of the US-led “international coalition” under the pretext of fighting ISIS.

Local sources told SANA that the warplanes of the US-led coalition shelled the residential neighborhoods in al-Mayadeen city and in the northern outskirts of al-Tabni village in the countryside of the province.
The sources added that 19 people were killed in the aggression and others were injured, in addition to causing a huge material damage to the infrastructure.
R. Milhem/R J