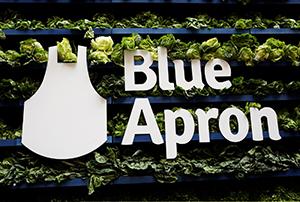 There are growing concerns in Silicon Valley that the dominance of Alphabet Inc’s Google, Facebook Inc, Apple Inc and Amazon.com Inc are beginning to squeeze the life out of the startup economy, and even large would-be challengers, including Snap and Twitter Inc, are struggling to maintain growth.
Snap, the owner of Snapchat, dropped 17 percent in extended trade after its second quarterly report as a publicly listed company missed Wall Street’s estimates and added to fears the social media company is succumbing to competition from Facebook.
Earlier, Blue Apron lost nearly a fifth of its value after the meal-kit delivery company’s first quarterly results following its June IPO also missed estimates and compounded worries that Amazon.com will eat its lunch.
Snap’s $3.4 billion IPO five months ago was the largest by a U.S. technology company in three years, despite concerns about slowing user growth and a warning by the company that it might never become profitable. Facebook’s Instagram has since launched features copying popular features from Snap.
Amazon.com Inc registered a trademark for a similar meal-kit service last month, heralding even more competition to come for Blue Apron, which already competes with dozens of startups. That move, along with Amazon’s industry-altering deal to buy upscale grocer Whole Foods Market Inc, has weighed on Blue Apron’s shares since their market debut.
“You have large players like Amazon, Google, Facebook and others with big pockets that can say ‘This is a space we want to own,'”, said Philippe Collard, founder of Yabusame Partners, a management consulting firm specializing in the technology industry. “I would not be surprised to see further attempts to go public be much more cautious.”
Other young technology companies also failed to live up to Wall Street’s hype in recent years. Fitbit Inc surged to over $50 from the $20 price set in its 2015 IPO, but has since sunk to under $6.
With some early stage investors worried about valuations, financing of new startups has been declining for the past two years.
An analysis by Reuters in February showed that globally, shares of most of the 25 largest technology IPOs have languished in their first 12 months on the public market. Sixteen of them had a big decline from their debut day closing price, according to a Reuters analysis of market performance.