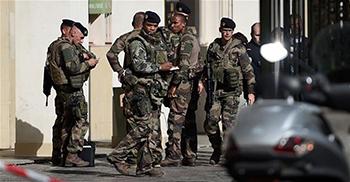 “We are saddened by the vehicle-ramming attack at Levallois-Perret, near Paris, on Wednesday which injured six soldiers,” the Turkish Foreign Ministry said in a statement.

“We condemn this heinous attack aiming to disrupt peace in France and wish a speedy recovery to the wounded,” it added.

Prosecutors in Paris have opened an investigation into the incident that the French Interior Minister Gerard Collomb said had been carried out by a lone attacker.

Three of the injured soldiers are in serious condition, but their lives are not in danger, the French Defense Ministry said on Aug. 9.