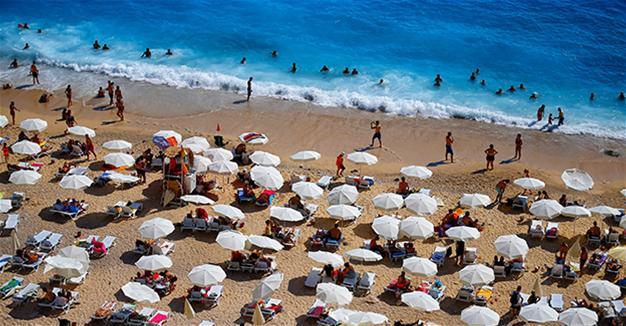 Turkish tourism representatives and exporters are at odds over whether a public holiday for the upcoming Eid al-Adha (Feast of Sacrifice) should be extended or not.

Hoteliers have been pushing for an extension to the public holiday for Eid al-Adha to 10 days in order to help Turkey’s struggling tourism sector.

However, industrialists and exporters do not want such an extension due to the negative impact that the loss of these days would have on the country’s production and export figures. They also noted that public holidays are already quite long in Turkey, exceeding 100 days per year when weekends are included.

Aug. 31, a Thursday, will be the eve of Eid al-Adha, which currently is set to continue for the next four days. Turkey also marks the public holiday of Victory Day on Aug. 30.

Economy Minister Nihat Zeybekci on Aug. 9 voiced his strong conviction that the holiday should not be extended.

“I believe that Turkey needs to work and produce more, rather than having a long vacation. I will, of course, show respect to any decision regarding the duration of the holiday,” Zeybekci said.

Following his comments, the head of the Travel Agencies Association of Turkey (TÜRSAB), Başaran Ulusoy, said nearly 1 million people would take a vacation if the public holiday is extended to 10 days, which will create nearly 1 billion Turkish Liras ($283 million) in tourism revenue.

Culture and Tourism Minister Numan Kurtulmuş had earlier said the issue had not brought into the cabinet yet.

“Even a six-day holiday is long enough. Why are some people insisting on a 10-day holiday? This country needs to produce more,” Mete said.

Another leading exporter suggested that Turkey could earn $2 billion through exports over a 10-day period during this time of the year.

However, Bodrum Hoteliers Association head Halil Özyurt said the number of European tourists visiting Turkey is very low, so local tourists are of great importance for the sector.

“Bodrum is waiting for local tourists. We have had serious problems in the last three years. There was a flood that hit our resort three years ago. We faced a coup attempt last year. And now people are talking about earthquakes that have hit Bodrum, even though there is no damage to any buildings. An extended holiday would be great for us. Yes, our economy minister is right to say that more production is needed, but how can people work when they are in the mood for a holiday? People can work more efficiently after they have had a good rest,” Özyurt said.

Turkey’s Hoteliers Federation (TÜROFED) head Osman Ayık said around 1 million people would travel across the country if a longer holiday is declared. Almost half of those travelers would be staying at hotels and the other half would be visiting their hometowns, he said.