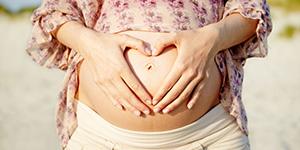 By Natalie Healey
Miscarriages and birth defects could be prevented around the world if vitamin B3 supplements are taken by pregnant women, suggests a major study.

Scientists at the Victor Chang Cardiac Research Institute in Sydney, Australia conducted a 12 year study which indicated the vitamin could reduce the likelihood of miscarriage and genetic defects.
Miscarriage is incredibly common – it happens to one in four pregnant women worldwide.
“The ramifications are likely to be huge. This has the potential to significantly reduce the number of miscarriages and birth defects around the world and I do not say those words lightly.”
The scientists looked at the DNA of families who had suffered miscarriages and birth defects. They identified a gene mutation that effected the production of an enzyme that is found in all living cells which is essential for healthy living.
The researchers then did some tests on pregnant mice – removing the gene associated with this enzyme to see if it would cause birth defects.
At first no effect was seen. But then the scientists realised the mice were being fed food rich in vitamin B3. When they removed vitamin B3 from their diet, many of the mice died before birth. The ones that survived had serious birth defects.

Further tests and studies on humans will be required before doctors recommend vitamin B3 supplements for pregnant women.
But Professor Robert Graham, executive director of the organisation, said the results look promising.
“We believe that this breakthrough will be one of our country’s greatest medical discoveries. It’s extremely rare to discover the problem and provide a preventive solution at the same time. It’s actually a double breakthrough… This will change the way pregnant women are cared for around the world,” he concluded.